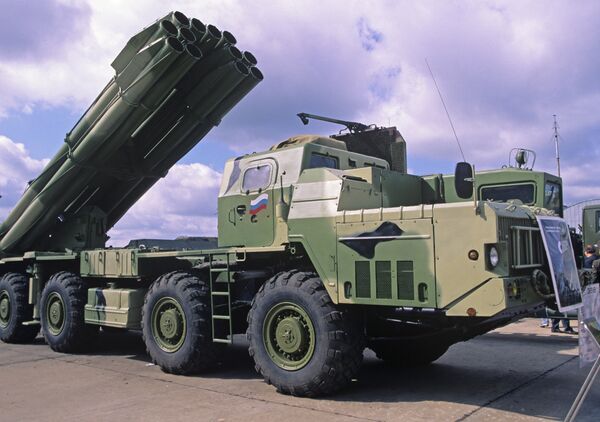 The Russian Defense Ministry will hold talks during an international engineering forum near Moscow with France's Sagem Defense Securite on the possible purchase of a Sigma 30 inertial navigation system.

The Engineering Technologies International Forum 2010 will be held from June 30 through July 4 in the town of Zhukovsky, 40 kilometers southeast of Moscow.

Popovkin said Russia is interested in purchasing the Sigma 30 artillery navigation and pointing system as part of efforts to modernize its Smerch and Grad multiple rocket launchers.

"We are ready to offer Russia the Sigma 30 system for the modernization of the Russian artillery and multiple rocket launchers," a Sagem spokesman told RIA Novosti.

He said Sagem delivers Sigma systems to a wide range of Russian military manufacturers, including Sukhoi.

"There is a demand for the latest navigation and pointing systems because the firing range of the modernized multiple rocket launchers like the Grad has risen from 40 to 50-60 kilometers and fire control systems therefore also need to be modernized," the spokesman said.

The Sigma 30 artillery navigation and pointing system is designed for high-precision firing at short notice.