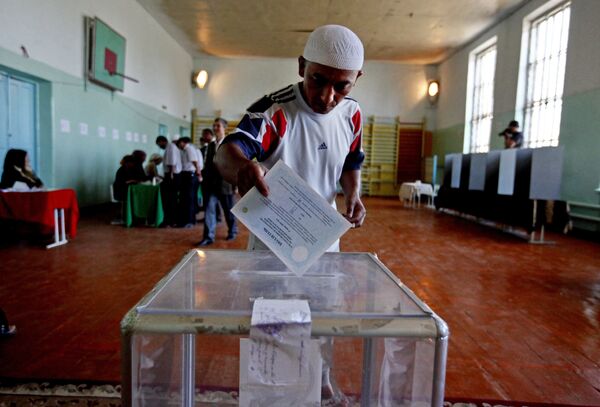 The Office for Democratic Institutions and Human Rights (ODIHR) of the Organization for Security and Cooperation in Europe praised on Monday the results of Sunday's referendum in Kyrgyzstan on a new constitution.

According to preliminary results of the referendum, some 91% of voters approved amendments to the Constitution, whereas about 8% voted against it. Total turnout was around 70% of all registered voters. The referendum on the new Constitution particularly envisages a parliamentary republic in the country, giving less power to the president.

"Considering the extremely difficult environment in which the referendum took place only weeks after the violence in Osh and Jalal-Abad, the provisional government and other authorities should be commended for organizing a remarkably peaceful process," the OSCE quoted Ambassador Boris Frlec, head of the observation mission, as saying.

"The citizens of Kyrgyzstan turned out in large numbers to vote for a new, democratic and peaceful future for their country. It is now up to all political forces to work together to improve the electoral framework ahead of the upcoming parliamentary elections and build a democratic society based on respect for human rights and the rule of law," Frlec said.

Sunday's referendum followed several days of ethnic violence in the south of the country earlier in the month and 7,500 police were deployed to ensure security during the poll, which officials said passed off with no major disturbances.

Russian President Dmitry Medvedev said Monday he was doubtful whether a model of a parliamentary republic would work in Kyrgyzstan, but added that it is the country's internal affair.