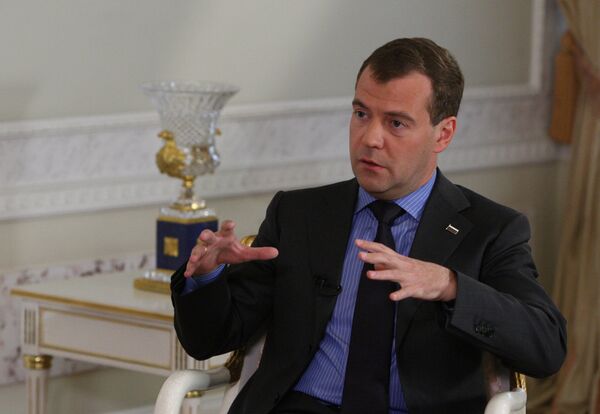 "I hope they [Belarus] will be more circumspect and honor their contractual obligations more thoroughly," Medvedev said, adding that the gas conflict was over.

Belarusian President Alexander Lukashenko said earlier on Friday Russia had 24 hours to pay off its gas transit debt or Minsk would restrict oil and gas transit through its territory.

Russian state-controlled gas monopoly Gazprom insists it has paid its debt of $228 million in accordance with the current contract, but Minsk, which insists the original debt was $260 million, says the debt has still not been paid off in full.