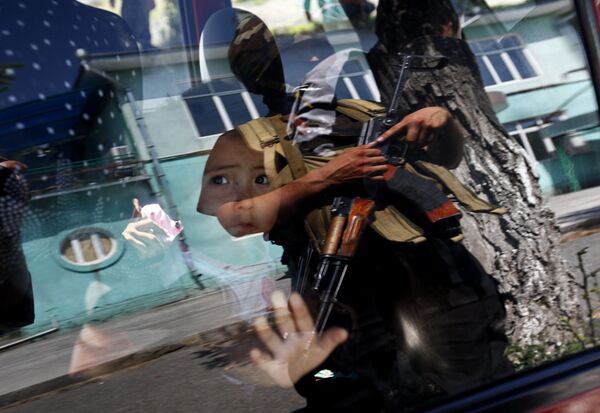 Sanjar Bakiyev was detained by Kyrgyz police earlier on Friday.

The Kyrgyz interim government said Sanjar had played a key role in organizing violent clashes between ethnic Kyrgyz and minority Uzbeks in the southern Kyrgyz cities of Osh and Jalalabad.

Official figures say 261 were killed in the clashes and more than 2,000 were injured, however, Kyrgyz leaders admit that the real death toll could be 10 times higher.

"Sanjar Bakiyev confessed during interrogation that he was involved in organizing the seizure of government buildings and sparking interethnic clashes in Jalalabad," Melis Turganbayev told Kyrgyz 24.kg news agency.

Turganbayev said a large haul of weapons was found during a police search of the house where Bakiyev had been hiding out.

"Police failed to detain his accomplices, they managed to escape," Turganbayev said. "Sanjar Bakiyev has been charged with organizing mass unrest, murder and an attempt to seize government institutions."