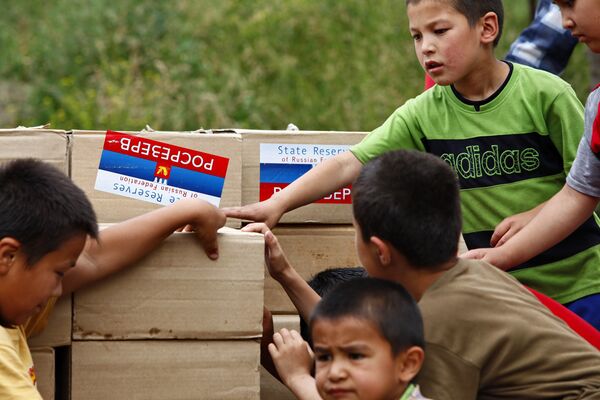 Russia is sending two more cargo planes with medical supplies and humanitarian aid to help Kyrgyzstan overcome the current economic and political crisis in the country.

"Two Il-76 cargo planes will soon take off from the Ramenskoye airfield near Moscow heading to Bishkek," the Russian Emergencies Ministry said.

The planes will deliver five ambulances, a mobile X-ray machine, 6 metric tons of food supplies, and humanitarian cargo donated by the Moscow Patriarchate to the areas which were affected the most by the deadly ethnic clashes in south Kyrgyzstan.

Clashes between ethnic Kyrgyz and Uzbeks, who account for about 15% of Kyrgyzstan's population, broke out in the southern Kyrgyz city of Osh on June 11, lasting several days and spreading to nearby Jalalabad. The official death toll exceeds 260, but the actual death count could be ten times higher.

The situation in the region remains highly volatile, and the Parliamentary Assembly of the Organization for Security and Cooperation in Europe (OSCE) proposed on Wednesday sending international police to prevent the spread of violence in the Central Asian republic.

Russia and the United States pledged on Thursday to continue their joint efforts "to combat threats from narcotics trafficking and terrorism and work together to promote economic development of a stable Kyrgyzstan."