Russia, Europe may join forces to protect Earth from asteroids 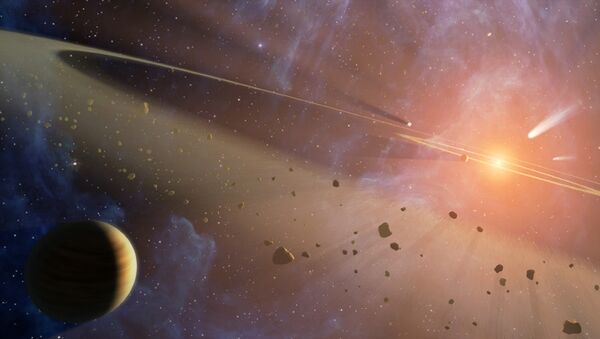 Russian space officials and members of the European Commission will meet in early July to discuss joining forces against thousands of potentially hazardous asteroids.

Russian space officials and members of the European Commission will meet in early July to discuss joining forces against thousands of potentially hazardous asteroids, the head of the Russian Federal Space Agency Roscosmos said.

Despite the growing concern about the asteroid threat, no anti-asteroid defense programs have been developed in practice so far, with only several theoretical concepts being studied. At a meeting in Moscow on July 7, the European Commission will consider Roscosmos's proposal to start a joint anti-asteroid project with the European Union.

"I received a letter, in which the European Commission proposes to meet on July 7 in Roscosmos with scientists and engineers of the Federal Space Agency, the Russian Academy of Sciences and other institutions and organizations. At the meeting, the Russian bid to start a joint project with the EU will be considered," Anatoly Perminov said.

In his Wednesday's report to Roscosmos, the head of the Astronomy Institute at the Russian Academy of Sciences, Boris Shustov, said Russian scientists had detected a total of 6,960 near-Earth asteroids (NEAs) as of April 10.

However, only 1,185 of all NEAs detected have been labeled "potentially hazardous," all of them asteroids — and 146 of them more than one kilometer in diameter.

The Roscomos TV said on its website that calculations, based on results of nuclear weapon tests, show that an asteroid of 1-2 km in diameter is enough to cause a catastrophic shift in the global climate.

The collision with such an asteroid would be equal to a blast of 1 million megatons in TNT equivalent, or to 50 million bombs dropped on Hiroshima.

The impact will form at least a 1000-km crater (or 1,000 times the falling space body's size), while tons of dust and soot in the air will lead to the "nuclear winter effect," or a drastic temperature drop due to absorbed solar radiation.

"In recent years, the attention of scientists, technicians, politicians and the military has become increasingly focused on the asteroid and comet hazard, namely the threat of the Earth's collision with large space bodies," Perminov said.

"It is caused by the fact that special supervision programs led to a dramatic increase in the number of such objects being detected, and the new information allowed to gain a new insight into the problem," he added.

More research missions are being planned, including Canada's The Near Earth Object Surveillance Satellite (NEOSSat), scheduled for launch in 2011, and Germany's Asteroid Finder to be launched in 2012.