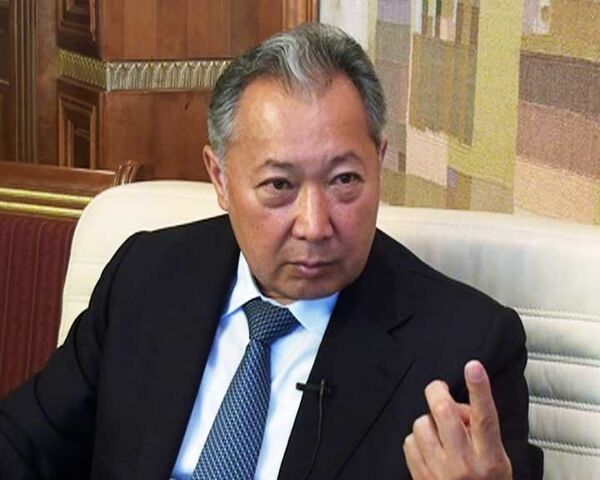 Drug dealers and religious extremists could be behind the deadly interethnic clashes in Kyrgyzstan earlier this month, former Kyrgyz President Kurmanbek Bakiyev said on Wednesday.

"We can talk about people involved in drug dealing, as well as about religious extremists, of which there are lots both in Kyrgyzstan's north and south," said Bakiyev, who was ousted as president amid April's opposition protests in Kyrgyzstan and has taken refuge in Belarus.

Kyrgyzstan's interim government has accused Bakiyev and his retinue of orchestrating riots in the Central Asian republic that, according to official figures, have claimed the lives of more than 200 people. The unofficial death toll stands at 2,000.

Clashes between ethnic Kyrgyz and Uzbeks, who account for about 15% of Kyrgyzstan's population, broke out in the southern Kyrgyz city of Osh on June 11, lasting several days and spreading to nearby Jalalabad.

Bakiyev has strongly denied any connection to the riots. The ousted Kyrgyz leader, who issued a resignation statement after fleeing the country in April, said on Wednesday that he was not going to participate in Kyrgyz politics "in any way."

"I am convinced that I made the right decision when I left Kyrgyzstan and accepted the Belarusian president's proposal [to take refuge in Belarus]," he told journalists.

The Kyrgyz interim authorities have asked Belarus to extradite Bakiyev. Besides the allegations that he was behind the recent riots, he is also accused over the shooting of civilians during the April unrest that swept him from power, as well as abuse of office and corruption during his presidency.

Belarusian Prosecutor General Grigory Vasilevich said on Wednesday that Belarus had been shown no legal grounds for Bakiyev's extradition.