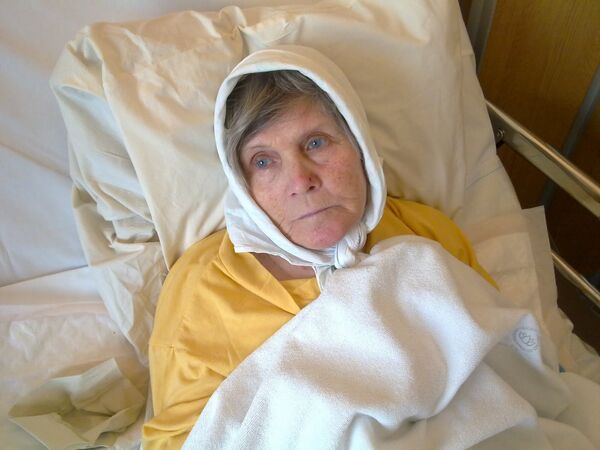 Irina Antonova, a disabled Russian retiree, was brought to Russia from Finland on Tuesday although the Strasbourg Court earlier ordered against her deportation, a human rights activist said.

Irina Antonova, a disabled Russian retiree, was brought to Russia from Finland on Tuesday although the Strasbourg Court earlier ordered against her deportation, a human rights activist said.

The 82-year-old woman, who suffered two strokes and cannot take care of herself, was brought to Finland from Russia in February 2008 by her daughter, Natalia Kaarik, a Finnish citizen.

"Irina Antonova crossed the border and is heading to a hospital in Vyborg [Russia]," Inga Malik, a spokeswoman for the human rights envoy in the Leningrad Region, Mikhail Kozminykh, said.

Although the woman has no relatives in Russia, Finland's migration service ruled that she could not be permitted to stay in the country and must be deported for violating visa regulations. The European Court of Human Rights, however, ruled last week against her deportation.

Kaarik said in an interview with GZT.ru news portal earlier that Finnish doctors refused to treat her mother, who suffered a second stroke on June 15 and was hospitalized in Helsinki, saying that she was stable and insisting on her dismissal from the hospital.

"Finnish doctors, who are 'the most humane,' are throwing her out. They insisted on her discharge a day after the stroke, saying she is in satisfactory condition. But in reality her condition is poor. She would not live without doctors or a hospital," GZT.ru cited Kaarik as saying.

On June 22, after Antonova was discharged from the hospital, Kaarik decided to take her mother back to Vyborg, where local authorities pledged to provide all necessary medical and social assistance.

Kaarik and her husband brought Antonova to the Finnish-Russian border in their car, where they were met by Russian doctors in an EMS vehicle, Malik said.

"Antonova's family did not go back and followed the EMS vehicle [mobile intensive care unit] in their car. Natalia wanted to see for herself how her mother is treated and that all is well with her," Malik said.

A number of human rights activists and politicians, including Finnish President Tarja Halonen, have criticized migration officials over their decision to deport the frail woman.

On May 31, thousands of people took to the streets in Helsinki to protest the earlier deportation decision.