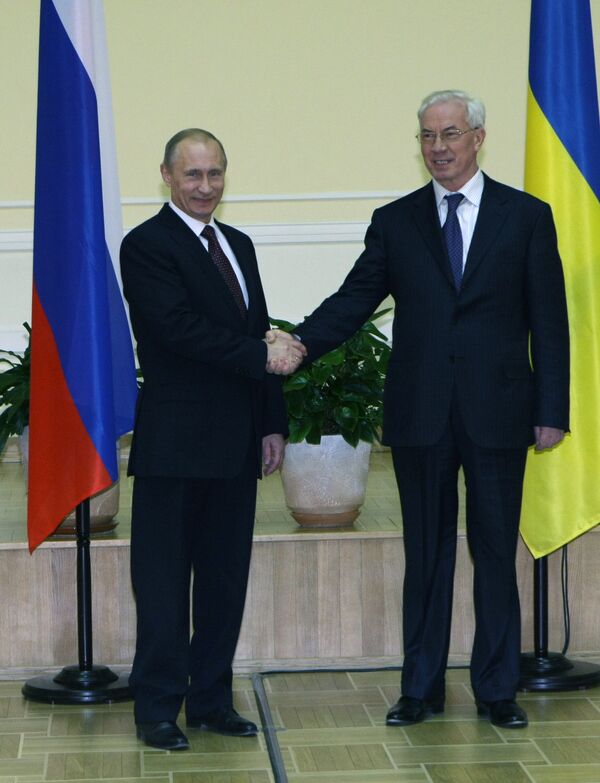 The announcement came on Tuesday amid a gas row with Belarus, and Gazprom looking toward Ukraine and Lithuania as alternative gas routes to continue gas supplies to European consumers in full.

"The heads of governments agreed to hold a bilateral working meeting on Monday, June 28, in Moscow for a detailed discussion of current issues in bilateral economic relations, including energy cooperation," Dmitry Peskov said.

Azarov said Ukraine is ready to provide about 15-20 billion cubic meters of gas in extra transit through its territory if the conflict causes a drop in Russian gas supplies to the EU.

Belarus refuses to pay the Russian gas price, set at $169 per 1,000 cubic meters for the first quarter of the year and $185 for the second quarter, and has been paying $150 since January 1 instead.

Russian gas giant Gazprom decreased its Belarus supplies 15% on Monday over a $200 million debt Minsk has accumulated since the start of the year, and further by 30% as the gas row continued on Tuesday.

A spokeswoman for the Belarusian energy ministry said earlier in the day that the republic had to switch to reserve fuel at some of its power plants, but did not tap gas from its transit pipeline after Russia cut the supplies.