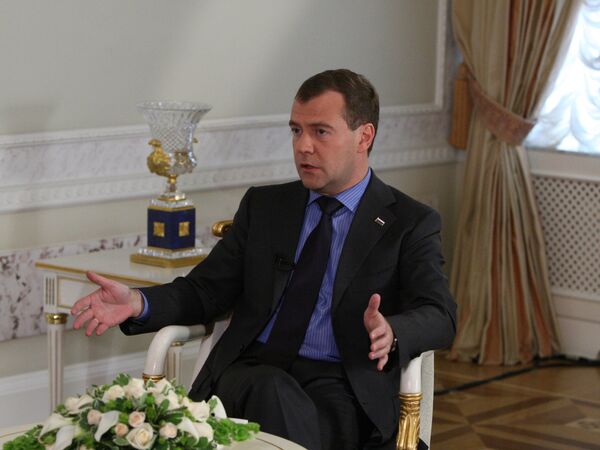 Russian President Dmitry Medvedev plans to open an official Twitter account during his visit to the hub of the micro-blog company in the Silicon Valley.

Russian President Dmitry Medvedev plans to open an official Twitter account during his visit to the hub of the micro-blog company in the Silicon Valley.

The Kremlin press service has confirmed this information.

The Russian president is paying an official visit to the United States between June 22 and 24. In the course of the visit he intends to visit the Silicon Valley in California and meet with President Barack Obama in Washington, D.C.

Twitter is a social-networking service that lets people keep each other informed about what they are doing throughout the day.

The Russian president, who portrays himself as a young and technologically savvy leader, has a Live Journal blog as well as an account on YouTube.

In April this year, the Russian presidential staff sent an official request to Twitter urging the Internet site to delete an existing account opened under the name of Medvedev.

The fake "blog_medvedev" account contained posts on domestic and international issues, though it had nothing to do with President Medvedev's position since the presidential staff did not take part in creating the micro blog.