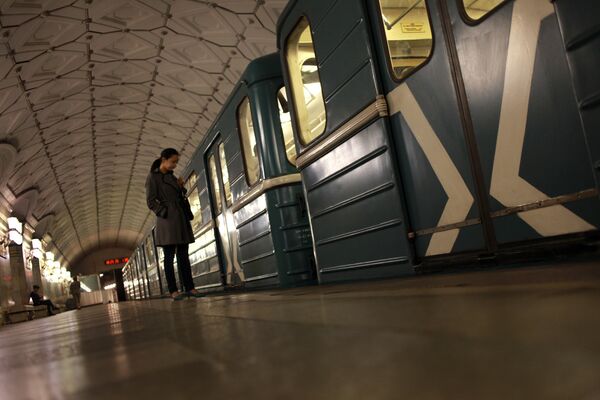 Durdona Abakdjanova looks fragile. She has not slept much in the last few weeks. Instead, she has spent her nights posting news wires, sending messages and communicating with her family and friends in Kyrgyzstan.

Durdona Abakdjanova looks fragile. She has not slept much in the last few weeks. Instead, she has spent her nights posting news wires, sending messages and communicating with her family and friends in Kyrgyzstan.

She is part of the social media revolution, which has already proven to mobilize anti-government protesters in places like Iran, Moldova and Thailand. And now in Kyrgyzstan, where an estimated 40 percent of people live below the poverty line, social networks are also becoming a useful tool for the Kyrgyz people.

"They communicate about the situation on the ground, with the purpose of spreading messages from one person to another. That's the only way some people are getting news is through social networks like Twitter and Facebook," said Natalia Bem, RIA Novosti's blogosphere and social media expert.

"I am attached to my computer since these events started," said Abakdjanova referring to the riots in Kyrgyzstan, which have killed several hundred people.

The 22-year-old Uzbek student moved from Kyrgyzstan to Moscow a year ago to complete her masters degree. She was supposed to travel back to her hometown of Uzgen, about 40 kilometers from Osh, but her plane ticket for June 16 was canceled.

"For 2 days, I could not reach my dad," she said. "On the third day he called me and told me he was fine. But, his driver was beaten up and almost shot. The next day my dad's friend, who is ethnically Kyrgyz, came from Bishkek and took him out of Osh."

Since the violence broke out on June 11, Abakdjanova says she felt imprisoned in Moscow, unable to leave the city. She has communicated much of her frustration through social media websites like Facebook, YouTube and Twitter, posting regular updates, video links and news feeds. The majority of Abakdjanova's followers are from Kyrgyzstan. They communicate back and forth, updating one another about the violence.

"Recently one of my friends wrote on her status that there is a lack of graves, and that 4-5 people are being buried in one grave. Thats something I never read in Western media," said Abakdjanova.

Recent tension has also built up when several of Abakdjanova's followers on Facebook, accused her of provoking the situation by posting a YouTube video of the violence on her wall. Abakdjanova says she is not surprised about the comment. "It is a political issue, everyone thinks something else happened. This is my voice, and what I believe."

The violent riots between ethnic Kyrgyz and Uzbek groups in southern Kyrgyzstan have left more than 200 dead and more than 2,000 injured, according to RIA Novosti. Kyrgyz leaders admit that the real death toll could be 10 times higher. Just this year, in April, a rise in utility prices provoked a violent rebellion in the Kyrgyz capital, Bishkek. In less than two days, 85 people were killed, the center of the capital was looted and President Kurmanbek Bakiyev was ousted.

"In one word it can be described as revenge," said Abakdjanova. "It is a well planned and organized action to destabilize the situation in Kyrgyzstan and the seed of chaos was planted on a friable soil because there has always been tension between the Kyrgyz and the Uzbek people."

It's been about 180 days since Abakdjanova visited her family. Her Facebook status today asks for one thing: "I didn't get to spend last summer with my family, and now I just want to go back and be with them. When will the violence end?"