Belarus says will pay for Russian gas in 2 weeks 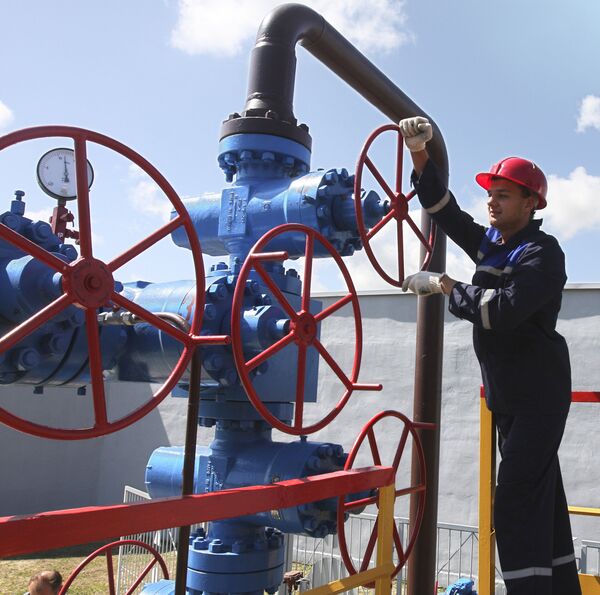 "We expect that within two weeks we will find the opportunity," Vladimir Semashko said. "We will borrow, but we will pay for the gas."

"We are not hiding that we have difficulty with currency," he added. "We have to borrow."

Belarus has refused to pay higher prices for Russian gas this year, which increased to $169 per 1,000 cubic meters for the first quarter and $185 for the second quarter, and has continued to pay last year's rate of $150 instead.

Russian energy giant Gazprom started cutting gas supplies to Belarus over the debt, which has reached $200 million. The cuts will gradually rise from 15% to 85% of daily supply.

Semashko said Russia should pay Belarus $217 million it owes for the transit of gas to Europe.

"It is important that the Russian side recognizes that it owes Belarus $217 million for gas transit. If they pay $217 million we are ready to pay $187 [million]," he said, adding that it did not matter who pays first.

"We trust our partners, and if we agree that we pay Russia in the morning, and Russia pays us in the evening for the transit, there's nothing terrible about it," he said.

Gazprom spokesman Sergei Kupriyanov said Gazprom's transit debt only existed because Minsk did not permit Gazprom to offset it. He said Belarus does not issue the required transit documents.

Kupriyanov also said Gazprom expects Belarus to pay off the debt as soon as possible and implement transit commitments.

Belarus' Energy Ministry said Monday that unhindered transit of Russian gas to Europe would be ensured.

Semashko told journalists that Belarus would try to convince Russia to set gas prices similar to ones Russia uses domestically.

"Compromises need to be sought. We need prices that are close and comparable to Russian prices for gas," he said.

The dispute echoes a disagreement over oil imports at the start of the year, when Russia and Belarus entered a joint customs union with Kazakhstan and Minsk argued it should be exempt from duties on all oil imports.

Belarus eventually accepted Russia's offer of duty-free imports of oil for domestic use - about a fifth of its total imports - but won the right to increase transit fees on crude pumped across Belarus to Europe.