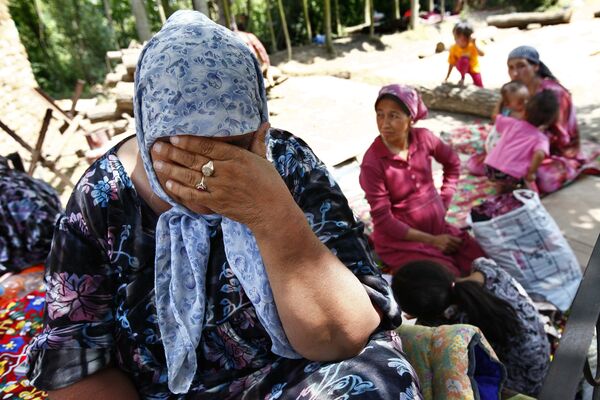 "President Dmitry Medvedev instructed the Russian Emergencies Ministry and Foreign Ministry to render humanitarian aid to Uzbekistan and help it accept refugees who found themselves there after the events in Kyrgyzstan," Natalya Timakova told journalists.

Violent clashes between ethnic Kyrgyz and Uzbek groups in southern Kyrgyzstan broke out in the city of Osh on June 11 and then spread to the neighboring Jalalabad region, leaving over 190 dead and more than 2,000 injured according to official figures.

The interim government introduced a state of emergency in a number of areas in the region. Dozens of thousands of Uzbek refugees flocked to Uzbekistan. UNICEF said 90% of them are children, women and elderly people.

The refugees have been accommodated in hundreds of camps in Uzbekistan's Andizhan, Namangan and Fergana regions.

Russian Emergencies Ministry spokeswoman Irina Andrianova told journalists Thursday that the ministry is sending some 120 tons of humanitarian aid on board three Il-76 transport planes to Uzbekistan for the refugees.