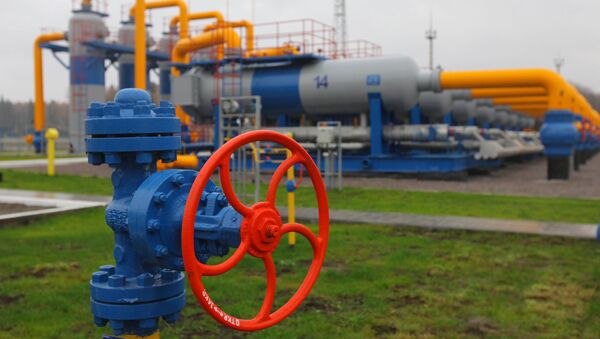 The Belarusian Foreign Ministry sees no political context in the Russia-Belarus ‘gas dispute,’ the ministry’s spokesperson said on Thursday

The Belarusian Foreign Ministry sees no political context in the Russia-Belarus ‘gas dispute,’ the ministry’s spokesperson said on Thursday.

“I would not call it a conflict. It is about the settlement of the contract relations,” Andrei Savinykh said.

Belarus is a transit country for part of Russian gas exports to Europe. On Tuesday President Dmitry Medvedev threatened tough measures against Minsk if it did not pay off its $200 million gas debt in five days.

Savinykh said the European importers of the Russian gas have so far shown no concerns about the situation.

Belarus refuses to pay the Russian gas price, which is set at $169 per 1,000 cubic meters in the first quarter of the year and $185 in the second quarter. Instead, it has been paying $150 since January 1. A Russian official said Minsk had "plucked this price out of thin air."

Belarusian President Alexander Lukashenko said in late May his country was ready to hand over its Beltransgaz pipeline operator and Mozyr oil refinery in exchange for domestic Russian prices for oil and gas.

Moscow and Minsk are also involved in a row over tariffs on imports of Russian oil, which Belarus says should be completely duty-free in the mooted Customs Union, which also includes Kazakhstan.