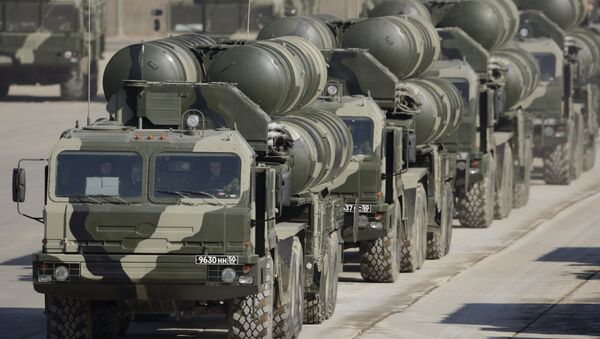 Russia is ready to participate in a tender to offer Turkey S-300 and S-400 surface-to-air missile systems, the state-controlled arms exporter said on Wednesday.

"The Turkish military has a great need for S-300 and S-400 long-range missile defense systems," Rosoboronexport CEO Anatoly Isaikin said. "Russia has expressed its readiness to participate in a tender for the delivery of such systems."

He said leading SAM manufacturers from Western countries would participate in the tender "on a par with Russia."

He gave no indication as to what specific SAM modifications would be offered or the timeframe for the tender.

Turkish military experts have said Ankara is interested in the Russian missiles, which could effectively protect the country's southern borders.

The S-300V/Antey 2500 (SA-12 Gladiator/Giant) consists of a new command vehicle, an array of advanced radars and up to six loader vehicles assigned to each launcher.

The S-400 (SA-21 Growler) is capable of simultaneously engaging six targets to a range of 400 km (250 miles) and an altitude up to 30 kilometers, including aircraft, cruise missiles, and ballistic missiles.