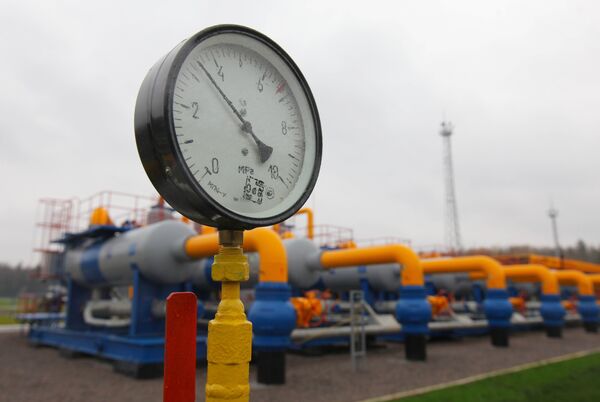 "If this is not done, tough measures will have to be taken," he stressed.

He directed Gazprom CEO Alexei Miller to get in touch with the Belarusian authorities and urge them to pay off the debt as soon as possible.

Miller said under the current contract, the Russian state-run gas monopoly "has grounds to cut gas supplies to Belarus in proportion to its debt."

"Belarus continues to pay for gas deliveries at 2009 prices," he said.

Medvedev said he had discussed the gas debt with Belarusian President Alexander Lukashenko at a recent meeting and that the Belarusian debt was around $200 million.

"We have received no clear answer as to when the debt will be paid off," he said.

Medvedev said Lukashenko had attributed the debt to his country's "difficult financial situation."

"Frankly speaking, everyone is in a difficult situation today, and Gazprom also has plenty of problems," Medvedev said.

Belarus refuses to pay the Russian gas price, set at $169 per 1,000 cubic meters in the first quarter of the year and $185 in the second quarter, and has been paying $150 since January 1 instead. A Russian official said it "plucked this price out of thin air."

Lukashenko said in late May his country was ready to hand over its Beltransgaz pipeline operator and Mozyr oil refinery in exchange for domestic Russian prices for oil and gas.

Moscow and Minsk faced off at the start of the year over tariffs on imports of Russian oil, which Belarus said should be completely duty-free in the mooted Customs Union, which also included Kazakhstan.