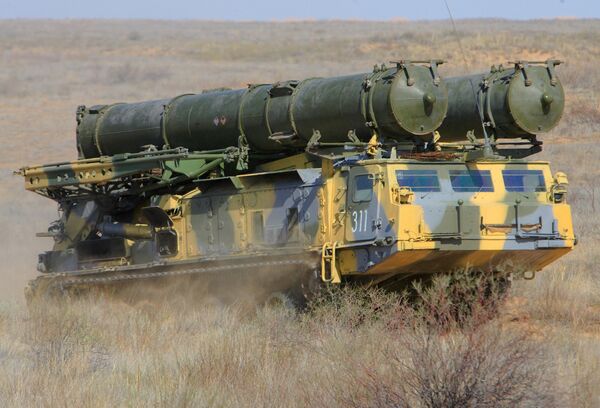 Russia could compensate for the halting of military cooperation with Iran with new arms contracts with Iraq and Afghanistan, a Russian military expert said on Thursday.

Russia could compensate for the halting of military cooperation with Iran with new arms contracts with Iraq and Afghanistan, a Russian military expert said on Thursday.

The United Nations Security Council approved on Wednesday a new package of economic sanctions against Iran over its nuclear program.

"Russia's losses from the suspension of deliveries of S-300 surface-to-air missile systems to Iran and after sales servicing of arms and military equipment previously delivered can be compensated by new arms contracts, including for helicopters, armor and small arms and light weapons, for Iraq and Afghanistan," said Igor Korotchenko, head of the Center for World Arms Trade Analysis.

In his opinion, those contracts could be paid for by the United States and its coalition partners.

"This would show that the United States and NATO indeed put their money where their mouth is when they speak about the partner-like nature of their relations with Moscow," he said.

However Korotchenko's opinion seems to be out of sync with that of the Russian Foreign Ministry, which said earlier in the day that the delivery of S-300 systems to Iran will not be affected by new UN sanctions against the Islamic Republic.

The ministry warned on Wednesday of retaliatory measures if new sanctions against Iran affected Russian companies or individuals and said it was especially concerned by the prospect of "extraterritorial sanctions" - sanctions imposed on companies and individuals from third countries.

A senior Russian lawmaker said in late May new sanctions against Iran would not stop Russia from fulfilling its S-300 contract.

Moscow signed a contract on supplying Iran with at least five S-300 systems in December 2005, but its implementation has so far been delayed.

The United States and Israel have called on Russia not to deliver the missiles to Iran. The West is also concerned by Russia's role in helping Iran to build its first nuclear power plant in Bushehr.

The Russian Foreign Ministry said the resolution left wide scope for economic cooperation with Iran, and said that Russia was particularly interested in the construction of light water nuclear reactors in the Islamic Republic.