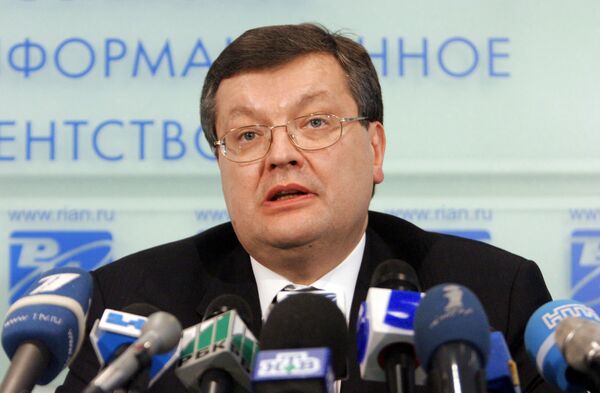 Georgian Foreign Minister Grigol Vashadze will meet with his Ukrainian counterpart Kostyantyn Hryshchenko and other top officials during a visit to Ukraine from June 10-11.

This will be the first visit by the Georgian minister to Kiev since Viktor Yanukovych became Ukrainian president in February.

Ukraine refused to recognize the independence of former Georgian republics of Abkhazia and South Ossetia following the Russian-Georgian war over the latter in August 2008. The war began when Georgia attacked South Ossetia in an attempt to bring it back under central control.

After Yanukovych won the Ukrainian presidential elections in February, Tbilisi said it would maintain friendly relations with Kiev regardless who would rule the country.

Both Georgia and Yushchenko-led Ukraine have sought NATO membership. However, Ukraine has recently dropped its bid to join the alliance. Last week, the Ukrainian parliament passed in the first reading a bill that stipulates Ukraine's status of non-alignment with international blocs.