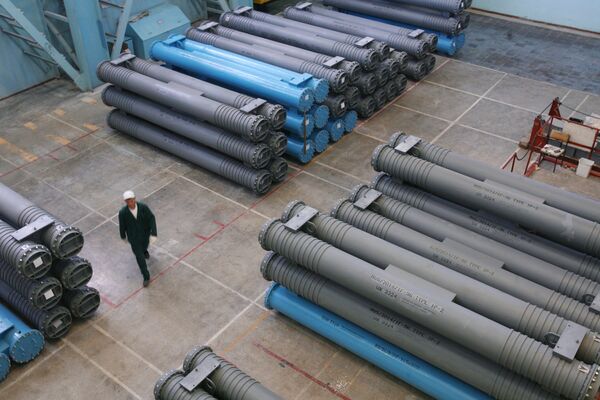 "We should not forget about our own [uranium] deposits. Our own territories should be developed," Putin said during a meeting with Sergei Kiriyenko, the head of the state-controlled nuclear corporation Rosatom.

Kiriyenko told Putin that Russia had sufficient uranium reserves, but "some of them will take time to develop."

"These are hard-to-access reserves, but we are not ignoring them in the long term," Kiriyenko said.

He said the acquisition of a controlling interest in Canada's Uranium One by ARMZ, Rosatom's mining arm, would ensure sufficient uranium production levels to meet domestic and export needs.

According to gzt.ru, Rosatom plans to deliver fuel assemblies to the United States.