Russia has no plans for new military bases abroad - minister 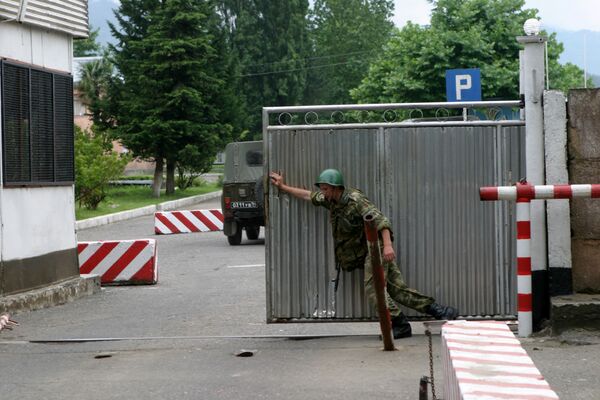 Russia has no plans to set up new military bases abroad, a senior Russian lawmaker said on Wednesday citing the defense minister.

"He [Defense Minister Anatoly Serdykov] said it is a luxury. We already have four military bases abroad. Building more bases would be too burdensome," said Viktor Ozerov, the head of the Federation Council's committee on defense and security.

Kyrgyzstan currently hosts a Russian airbase in Kant, some 20 kilometers (12 miles) outside the capital, Bishkek.

The Central Asian country agreed last year to extend the lease of the Kant airbase for 49 years with an automatic extension every 25 years.

Russia's Black Sea Fleet has its main base in Sevastopol on the Crimean Peninsula in Ukraine.

Russia and Ukraine recently signed an agreement extending the lease on the Sevastopol base for 25 years after the current lease expires in 2017.

The military bases are expected to be accommodated in Gudauta, Abkhazia, and in South Ossetia's capital Tskhinvali. Each base is likely to host up to 1,700 servicemen, T-62 tanks, light armored vehicles, S-300 air defense systems and various aircraft.

Russia also maintains a number of smaller military facilities around the world, including a naval maintenance site near Syria's Mediterranean port of Tartus.

Ozerov said Russia would like to have a permanent naval base in the Gulf of Aden to support its anti-piracy missions in the region, but Moscow cannot afford to finance this project at present.