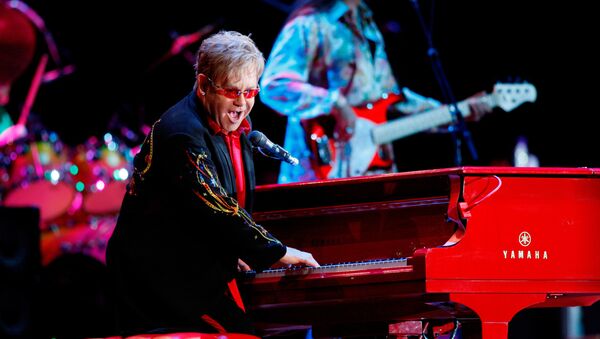 Officials in Belarus have asked the organizers of an upcoming Elton John concert in Minsk to prevent the promotion of homosexuality.

Officials in Belarus have asked the organizers of an upcoming Elton John concert in Minsk to prevent the promotion of homosexuality.

The Public Council for Morality is to study recordings of earlier performances by the British singer to make sure “they have no elements inconsistent with the law and morality,” the head of the organization said.

“We have requested the organizers of the concert to give us records of Elton John’s earlier performances,” he said.

Nikolai Cherginets said the Council is particularly concerned over the openly gay singer’s statement in an interview with a U.S. magazine that Jesus was a "super-intelligent gay man."

Elton John will play at the Minsk Arena on June 26 as part of his European summer tour.

Sexual minorities have become active in the country of late and “even attempted to hold a gay parade in Minsk,” Cherginets said. The attempted parade was broken up by police.

Cherginets said the Council had already prevented outbreaks of “immorality” during a May concert by German industrial metal band Rammstein in the Belarusian capital.

“If we had not interfered, there would have been sex on stage and the relief of physical needs right in front of the audience,” the official said.

The Public Council for Morality was established in 2009 by the Belarusian Orthodox Church and the Writers Union of Belarus, with the support of President Alexander Lukashenko.