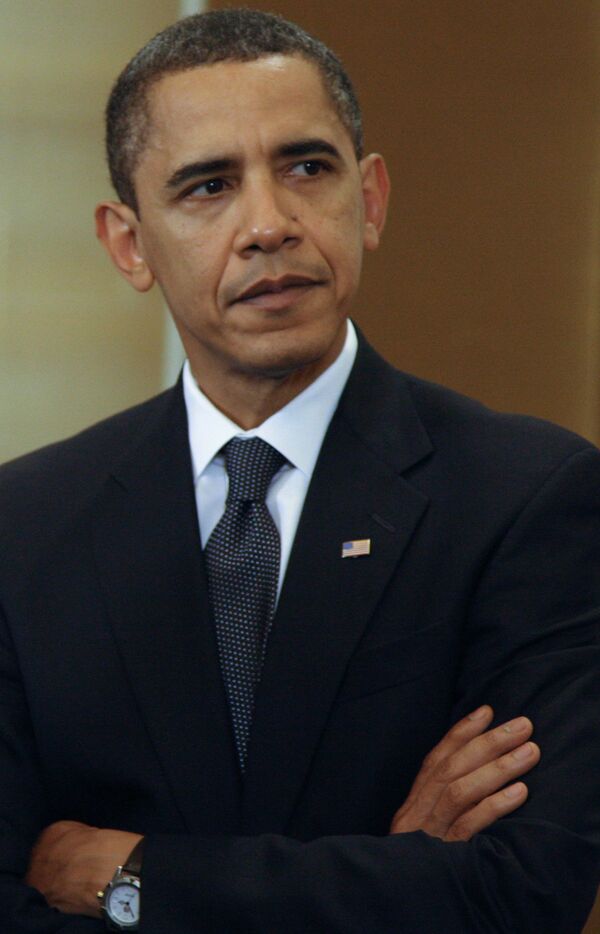 U.S. President Barack Obama extended sanctions against Belarus for another consecutive year, the White House said on its website on Wednesday.

"The actions and policies of certain members of the Government of Belarus and other persons to undermine Belarus democratic processes or institutions, to commit human rights abuses related to political repression, and to engage in public corruption pose a continuing unusual and extraordinary threat to the national security and foreign policy of the United States," Obama said in a message to the Congress.

"For this reason, I have determined that it is necessary to continue the national emergency declared to deal with this threat and the related measures blocking the property of certain persons," he said.

Obama said that despite certain improvements in the political climate in the ex-Soviet state, "serious challenges remain."

Washington imposed sanctions against Belarus's state-controlled petrochemicals company Belneftekhim and froze assets of its U.S. subsidiary in 2007, adding to travel bans and asset freezes for senior officials including President Alexander Lukashenko, introduced in 2006 over human rights abuses and a lack of democracy.

In response, Belarus expelled the U.S. ambassador and recalled its ambassador from the U.S., while saying Washington must cut the number of its embassy employees.

Lukashenko, once dubbed by Washington "Europe's last dictator," said last year his country was ready to restore diplomatic relations with the United States once the sanctions are lifted.