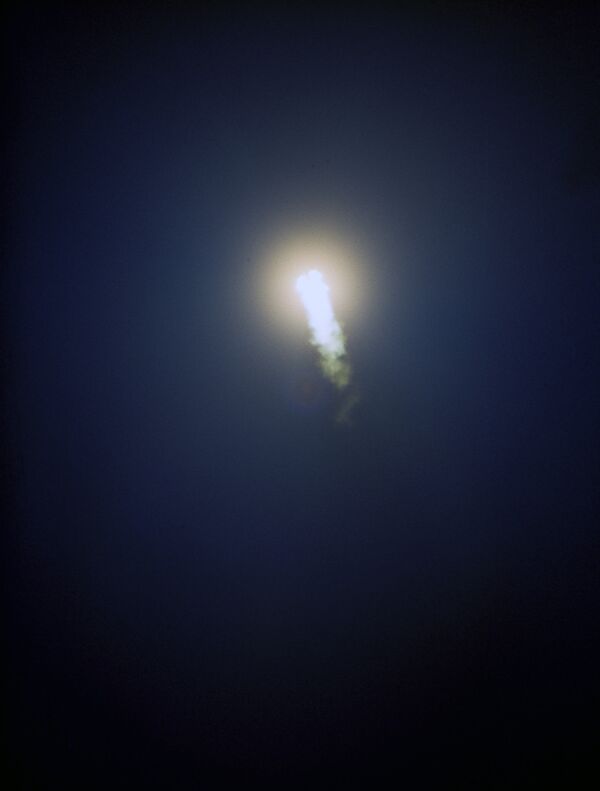 Russia's Khrunichev space center, which developed the first stage of South Korea's KSLV-1 launch vehicle, said the second launch of the rocket is scheduled for Wednesday.

The KSLV-1 (The First Korean Space Launch Vehicle), built in cooperation with Russia, is expected to blast off at noon Moscow time [8:00 GMT].

The rocket's design is based on Russia's Angara carrier rocket. It can to deliver small satellites into low orbit and carry a payload of up to 100 kg (220 lbs).

The rocket was developed jointly by the state-run Korea Aerospace Research Institute (KARI) and Russia's Khrunichev State Research and Production Space Center. It weighs 140 metric tons, has a diameter of 3 meters (10 feet) and the height of 33 meters (108 feet).

Russia and South Korea signed a space cooperation deal in October 2004. As part of the deal, Russian experts also helped in the construction of South Korea's first space center on the island of Naro, which was completed last June.

The facility, located 485 kilometers (300 miles) south of the capital Seoul, covers an area of over 5 square km (1.9 square miles). The cost of construction totaled $248.6 million, according to the country's Ministry of Education, Science and Technology.

The previous KSLV-1 launch took place on August 25, 2009. It was described by President Lee Myung-bak as a "half success" as the first and second stages separated as planned, but one of the two fairings covering the satellite failed to fall off.

As a result, the rocket failed to deliver the 100-kg oceanic and atmospheric research satellite into its target orbit.

Seoul plans to build a more powerful rocket named KSLV-2 and launch it by 2018 without foreign assistance. The vehicle is expected to be a 50-meter (164-foot) three-stage rocket, capable of carrying a payload of up to one metric ton.