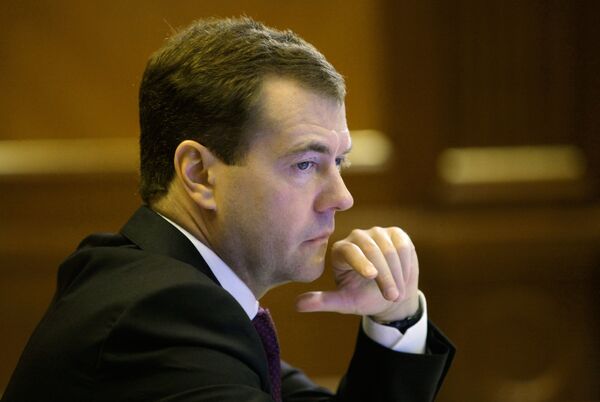 Russian President Dmitry Medvedev will participate in the St. Petersburg International Economic Forum from June 17 -19, the Kremlin reported on Tuesday.

French president Nicolas Sarkozy and many other European leaders are expected to attend the event. The Kremlin said several leaders from the CIS countries may take part.

The Kremlin also said the number of representatives from international companies has significantly increased since 2009.

The slogan of this-year forum is "Laying the foundation for the future" and discussion will focus on the problems faced by emerging economies.