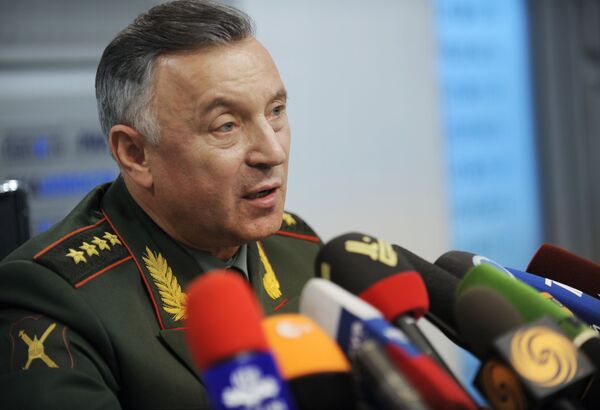 "We will propose merging our six military districts into four strategic commands whose commanders will exercise control over all forces and assets deployed in their territory, including the Navy, Air Force and air defenses," chief of General Staff of the Russian Armed Forces Gen. Nikolai Makarov said.

"The ground-, sea- and air-based strategic nuclear forces will stay under the General Staff's command," the general was quoted as saying at a session of the Federation Council's Defense and Security Committee.

A senior defense official earlier told RIA Novosti that the Moscow and the Leningrad districts will be merged into the West strategic command, while the Urals and part of the Siberian district will become the Center command.

The South command will combine units of the North Caucasus military district, the Black Sea Fleet and the Caspian Flotilla.

The headquarters of the new strategic commands will be located in St. Petersburg, Yekaterinburg, Rostov-on-Don and Khabarovsk, respectively, Makarov said.