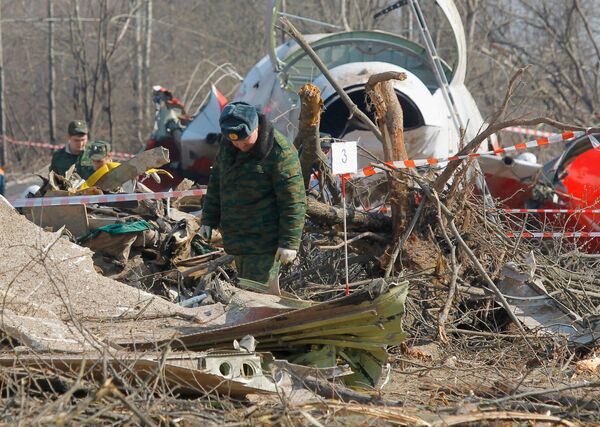 Russian investigators confirmed on Tuesday that charges had been brought against four servicemen accused of stealing bank cards from a top Polish official who died in the plane crash that killed Polish leader Lech Kaczynski.

Markov said that "neither police nor OMON nor Interior Ministry officers have anything to do with this," adding that the four servicemen were conscripts.

A Soviet-made Tu-154 crashed near west Russia's Smolensk on April 10, killing all 96 people on board, including President Kaczynski, his wife and a host of senior Polish officials.

Defense Ministry spokesman Aleksei Kuznetsov said the four servicemen had spent a total of 60,345 rubles (some $2,000), which will be returned to Przewoznik's family.

He said the ministry will make an apology "as soon as the court ascertains the suspects' guilt."

He added that the servicemen had all pleaded guilty.