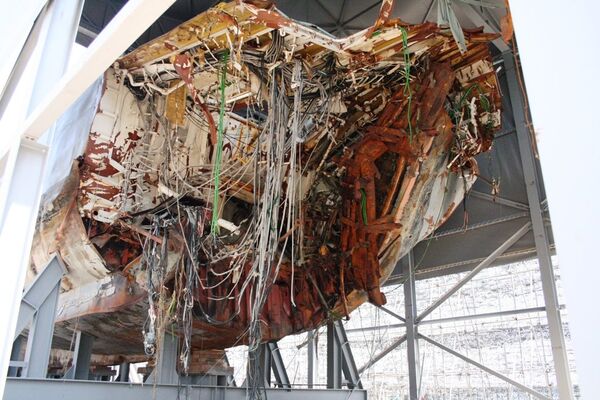 The conclusions of Russian experts on the sinking of South Korea's Cheonan corvette will be reported to the Defense Ministry in two to three days, a top ministry official said.

The conclusions of Russian experts on the sinking of South Korea's Cheonan corvette will be reported to the Defense Ministry in two to three days, a top ministry official said.

"In two-three days generalized results and conclusions of Russian experts who studied in South Korea the circumstances of the Cheonan corvette's loss will be reported to the Defense Ministry chiefs," the official said Monday.

The South Korean Navy vessel sunk on March 26 in the Yellow Sea near the disputed maritime border between the two Koreas. Forty-six sailors died.

An international investigation concluded two weeks ago that the South Korean Cheonan corvette was sunk by a torpedo fired from a North Korean submarine.

Pyongyang has denied any involvement in the sinking and the conclusions of the investigation, which was carried out by U.S. and Australian experts, further worsened relations hit by the loss of the Cheonan.

Russian President Dmitry Medvedev accepted Seoul's offer to send specialists at the end of May.

The Kremlin press service said Medvedev believed it was important be certain of the cause of the sinking of the warship before taking action.

South Korean Navy and Defense Ministry officials have said the experts visited the naval base in Pyeongtaek, where the wrecked ship was towed after being recovered from the seabed.

They met with South Korean experts and some of the 58 surviving crewmembers, and also inspected the wreckage of a torpedo, which allegedly hit the Cheonan.

South Korea has called on the UN Security Council to consider the situation.

Russia has called on all sides to show restraint amid fears that a further escalation of tensions on the Korean Peninsula could develop into a military crisis.