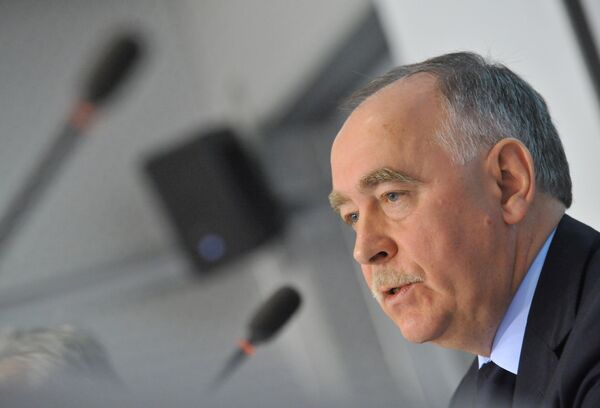 © RIA Novosti . Sergey Pyatakov
/
Go to the photo bank
Subscribe
Russia is to put the Afghan drug trade at the center of an international security conference on Afghanistan hosted by Germany on Monday.

Russia is to put the Afghan drug trade at the center of an international security conference on Afghanistan hosted by Germany on Monday.

Russia's drug control chief, Viktor Ivanov, will talk about Afghanistan and global security at the Berlin part of the conference, titled Central Asia and Afghanistan: Problems and Solutions.

The conference, which also features sessions in Potsdam, will look at a wide range of global issues, including the fight against terrorism and corruption, as well as Afghan drug trafficking, which Moscow feels is being inadequately addressed by NATO forces in Afghanistan.

"On the whole, the West still does not see it as a problem for itself. One of the objectives of the conference is to say that challenges which Russia faces today may affect the European Union tomorrow," said Alexander Rahr, director of the Russia-Eurasia program of the German Council on Foreign Relations (DGAP).

The conference, organized by DGAP together with RIA Novosti and Russia's Council for Foreign and Defense Policy, will be attended by leading experts from Russia and the EU, including Karl-Georg Wellmann, Vitaly Naumkin, Sergei Karaganov and Nikolai Bordyuzha.

As a follow-up to the conference, an international forum on combating Afghan drug trafficking will be held in Moscow on June 9-10.

According to the Federal Drug Control Service, Afghan opium causes the deaths of around 100,000 people around the world annually. In Russia alone Afghan heroin kills around 30,000 young people each year.

Afghan drug production increased dramatically after the U.S.-led invasion that toppled the Taliban in 2001, and Russia has been one of the most affected countries, with heroin consumption rising steeply.