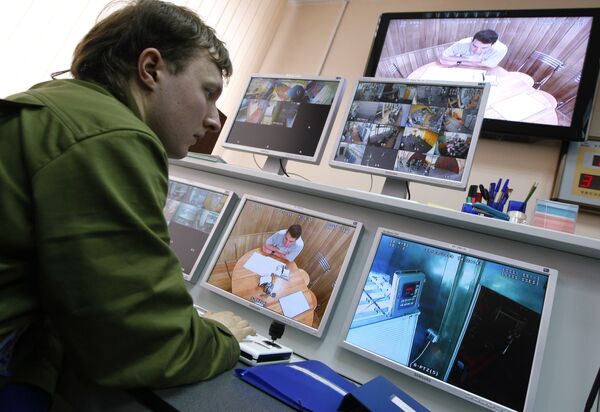 The Russian scientific institute that started on Thursday the Mars-500 simulation of a manned mission to the Red Planet has launched an interactive website on the experiment in cooperation with Google.

The new website, created by Google and the Moscow Institute of Medical and Biological Problems, carries a wealth of information about the 520-day experiment and about the planet itself.

The logbook is based on Google Blogger platform and is fully devoted to the Mars-500 project.

Google said in a statement that the site (http://mars500main.appspot.com/#en) would allow visitors to "experience what the flight to Mars is like" and let them explore the Red Planet.

"You'll be able to watch detailed video reports about Mars-500 and take a virtual tour of Mars. Walk along the Valles Marineris canyons, climb the Olympus Mons, (or even) take a peek into the Gusev crater or climb down into one of Mars' lakes," the statement said.

Visitors will also be able to monitor the progress of the flight with an interactive map showing the location of the 'spaceship,' its speed and distance covered.

Six people are taking part in the experiment in the Mars-500 module, which will simulate all aspects of a journey to the Red Planet, with a 250-day trip there, a 30-day stay on the surface, and a 240-day return flight.

During nearly a year and a half of isolation, the crew members will experience many of the conditions likely to be encountered by astronauts on a real space flight, except for radiation and weightlessness.

Meanwhile, a real mission to the Red Planet will not become possible until at least 2030 or 2035, the head of Roscosmos manned spaceflight programs, Alexei Krasnov said on Thursday.

"A real mission to Mars before 2035 is hardly possible. Present technology does not allow us to build a Martian spacecraft small enough: if you built it now, it would be the size of the International Space Station," Krasnov said.