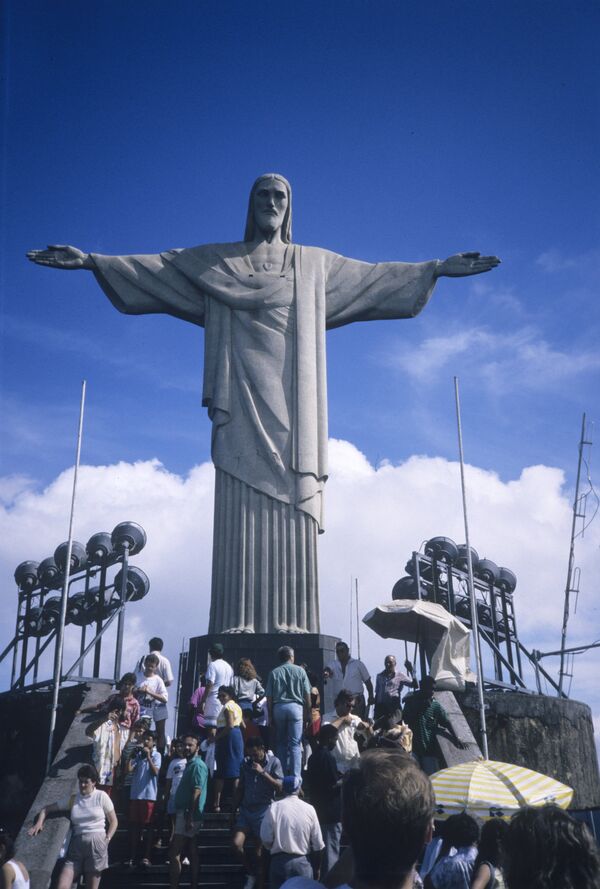 The restoration work on one of the world's most famous statues has been completed in the Brazilian capital, Rio de Janeiro.

The restoration work on one of the world's most famous statues has been completed in the Brazilian capital, Rio de Janeiro, local authorities said.

The 130-feet statue of Christ the Redeemer, which has been covered with scaffolding and semi-transparent protective plastic sheets since January, could be opened to public as early as in two weeks.

The $3.8-million restoration was partially financed by the Vale mining company, which also pledged to keep the maintenance of the statue until 2015.

Christ the Redeemer, Brazil's most prominent symbol of Christianity, is made of reinforced concrete and soapstone, and was constructed between 1922 and 1931.

It is considered the largest Art Deco statue in the world. It weighs 635 metric tons and is located at the peak of the 2,300-ft Corcovado mountain in the Tijuca Forest National Park overlooking the city of Rio de Janeiro.

In July 2007, Christ the Redeemer was named one of the New Seven Wonders of the World in a list compiled by the Swiss-based The New Open World Corporation.