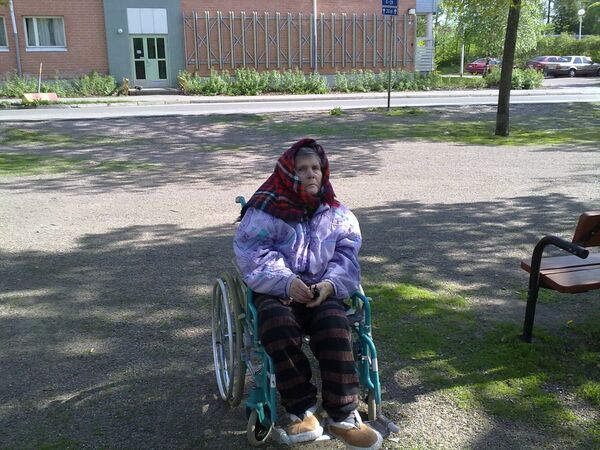 Finnish police suspended on Wednesday plans to deport an elderly and seriously-ill Russian woman scheduled on June 3, a spokesman for the woman's family said on Wednesday.

Irina Antonova, 82, moved to Finland from the Leningrad Region city of Vyborg in February of 2008 on a tourist visa to stay with her daughter after she suffered a heart stroke. Although she has no relatives left in Russia, Finland's migration service ruled that the old woman could not be permitted to stay in the country and must be deported for violating visa regulations.

"We have received a phone call from police, who told us that they intend to suspend deportation as they could not find suitable transportation for her," human rights activist Johan Backman said.

The woman's daughter, Natalya Kaarik, who is married to a Finn and has lived in the country for over 20 years, repeatedly appealed the decision by the migration service and asked for a residence permit for her mother, but to no avail.

A number of human rights activists and politicians, including Finnish President Tarja Halonen, have slammed migration officials over the decision.

Russian Prime Minister Vladimir Putin, who paid an official visit to Finland on May 27, also criticized the situation, saying that Finnish authorities could make an exception for Antonova.