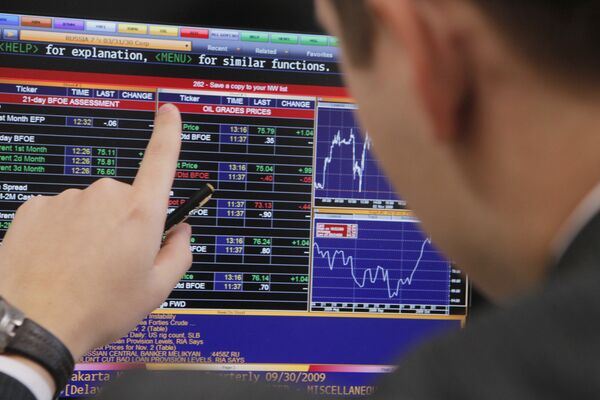 Putin said that whereas the 2010 budget was based on a projected oil price of $58 per barrel, the average price so far this year had in fact exceeded $70.

"We can make greater headway in solving our main financial problems. Above all, in reducing the budget deficit," he told a cabinet meeting, adding that in 2009 the deficit constituted 5.9% of GDP.

He said the country's Reserve Fund could be used "more economically."

Putin said economic growth was also higher than forecast several months ago. According to the Ministry of Economics and Trade it currently stands at 3.5-4.5% y-o-y, or possibly even higher.

Finance Minister Alexei Kudrin said in mid-May the 2010 deficit would be 5.2-5.4% and that the budget would be balanced with an average oil price of $95 per barrel.

Kudrin also said that the Reserve Fund would most likely last through 2011 and not be completely used up in 2010, as was previously expected.

Russia, which continues to rely on raw material exports as its principal source of budget revenue, was badly affected by the 2008 global economic crisis, but a quicker-than-expected recovery of oil prices has eased pressure on the federal budget.