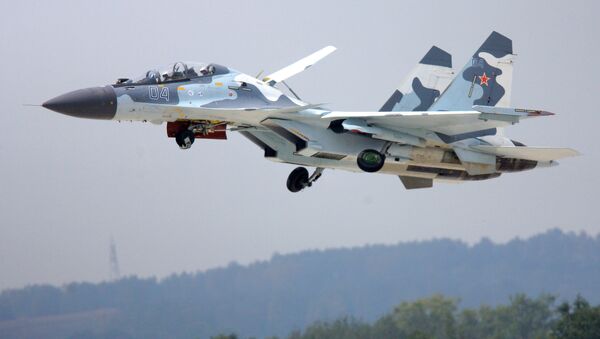 "The delivery of Su-30s and Yak-130s [to Algeria] is due to begin next year, this is no military secret," Dzirkalin said.

Earlier in April, the head of Russian Technologies state Corporation, Sergei Chemezov, in an interview with the Novaya Gazeta weekly said Russia would ship to Algeria "a party of modern Russian fighters" at a price of about $1 billion.

Dzirkalin did not specify the number of aircraft to be delivered to Algeria.

Speaking about Russian-Algerian Navy partnership, Dzirkalin said that "636 series diesel submarines are being repaired and modernized, but the Algerian side has not stated anything on the purchase of the new subs."

The 636 Kilo diesel-electric submarine is a more advanced version of a 877 Paltus sub. The Chinese Navy has two Russian Kilo submarines built at one of the leading submarine shipbuilding companies, Admiralty Shipyards in St.Petersburg.