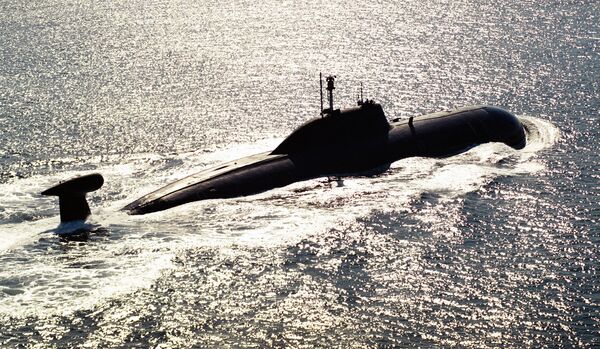 © RIA Novosti
Subscribe
Russia will transfer its Nerpa nuclear-powered attack submarine for a 10 year-lease to India in the autumn.

Russia will transfer its Nerpa nuclear-powered attack submarine for a 10 year-lease to India in the autumn, the head of the Russian Federal Service for Military-Technical Cooperation has said.

"The training of the crew has been concluded, most of the tests have been carried out — everything is almost at the finish line," Mikhail Dmitriyev told journalists in New Delhi after a meeting of the Russian-Indian high-level supervisory committee on military and technical cooperation on Tuesday.

He said India would receive the K-152 Nerpa submarine in October or November 2010.

The lease follows an agreement inked between New Delhi and Moscow in January 2004, with India funding part of the Nerpa's construction at the Komsomolsk-on-Amur shipyard in the Russian Far East with an initial $650 million.

The Nerpa, the Akula-II class nuclear submarine, was scheduled to be inducted in the Indian Navy as INS Chakra by mid-2008 but technical problems delayed the process. After that, just as it began its sea trials in November 2008, 20 sailors and technical workers were killed on it due to a toxic gas leak when the automatic fire extinguishing system malfunctioned.

After repairs, which cost an estimated 1.9 billion rubles ($65 million), the Nerpa is now fully operational.

Dmitriyev also expressed hope that Russia and India would sign a contract on the joint development of a new fifth-generation fighter within the next three months.

The sides earlier agreed to develop both a single-seat and a two-seat versions of the aircraft, which would be most likely based on Russia's T-50 prototype fifth-generation fighter, by 2016.

Russia has been developing its fifth-generation fighter since the 1990s. The T-50 aircraft was designed by the Sukhoi design bureau and built at a plant in Komsomolsk-on-Amur, in Russia's Far East.