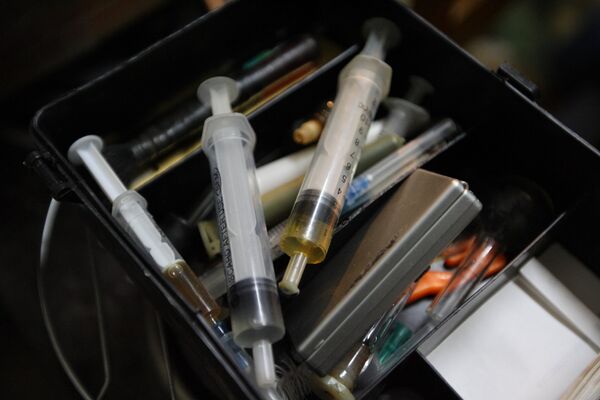 Moscow has seen a sharp increase in deaths related to drug overdoses in the last four years, health care authorities reported on Monday.

"The death rate from drug overdoses has risen by more than five times, while poisoning from psychotropic drugs rose 85%, from illicit drugs by 68% and from alcohol and its surrogates by 44%," the report said.

According to Moscow's Health Care Department, almost 112,000 patients are registered in the capital's drug clinics, including 29,614 drug addicts.

Health officials insist, however, that the real numbers surpass the official data by seven times because many drug users hide their addiction from the authorities and the public.

Russia has been most seriously affected by the production of opium-related drugs in Afghanistan. An estimated 90% of heroin consumed in Russia is trafficked from Afghanistan via Tajikistan and Uzbekistan.

According to the Federal Drug Control Service, Afghan opium causes the deaths of around 100,000 people around the world annually. In Russia alone, Afghan heroin kills around 30,000 young people each year.