Saakashvili claims victory for his party at Georgian elections 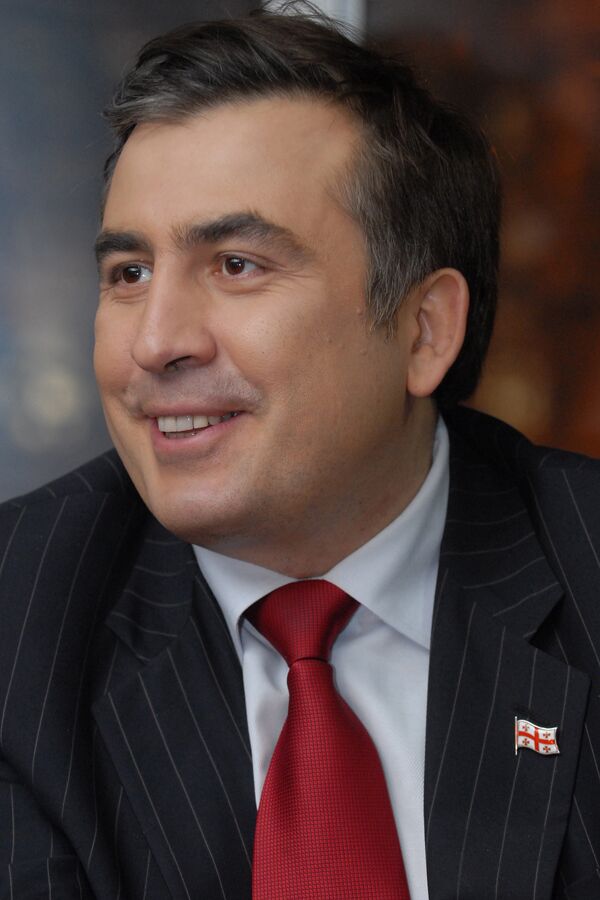 The nationwide voting was seen as a test for Saakashvili and the ruling party as it was the first time voters have been to the polls since the disastrous August 2008 war with Russia.

Preliminary results from exit polls conducted in Tbilisi by U.S. pollster Edison Research and Germany's GFK both put the ruling party ahead by a large margin and gave a similar lead in the Georgian capital's first direct mayoral elections to the incumbent, Gigi Ugulava.

The mayor is a staunch ally of Saakashvili, who has faced down fierce criticism from opposition groups since the conflict with Russia that led to Moscow recognizing the independence of the former Georgian republics of South Ossetia and Abkhazia.

"Preliminary exit polls, and our political experience and intuition, tell us that the political force represented by Gigi and all of us gathered here was chosen by approximately the same number of voters as at the parliamentary elections in 2008 and the local elections four years ago," Saakashvili said at the headquarters of the United National Movement.

"This is very important," he said. "It means we still have the confidence and support of our people."

"The final outcome of today's election is that democracy in Georgia won another victory," Saakashvili said, adding that a record number of voters took part.

The early exit polls gave Ugulava 61% of the vote in the mayoral election, and the ruling party 60% in the city council voting.

One of the most popular members of the opposition, former UN ambassador Irakli Alasania, trailed with 17% of the vote for mayor, while his Alliance for Georgia had 16%.

The Edison research poll was commissioned by the Rustavi-2 and Imedi television channels, which the opposition says favor the government. The exit polls did not cover voting in the 63 other municipal council, and opposition leaders called on the public to ignore their predictions.

Alasania said the exit polls "do not give the real picture."

"The complete count of voters' ballots will give us the real picture, so we will give an overall assessment of the elections after the completion of the vote count," he told journalists.

Inga Grigolia, a leader of the Christian-Democratic Union, which was third with about 10% of the vote, said voters were afraid to tell the truth in exit polls for fear of losing their jobs.

"The results of exit polls are not the final outcome of the elections," Grigolia said. "Citizens are afraid to publicly record their position on the elections, because the next day, coming to work, they risk losing it."