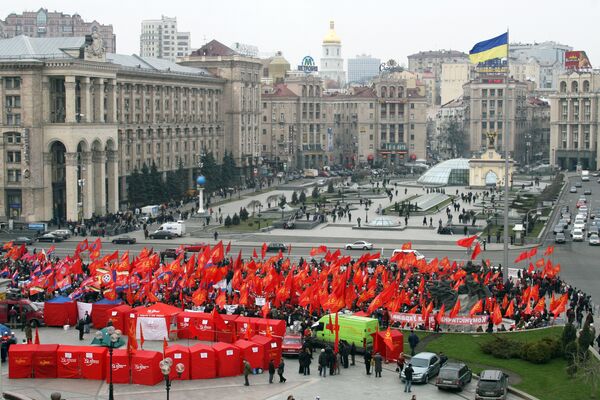 Ukraine cannot join NATO because the majority of the population oppose it, Ukrainian President Viktor Yanukovych said on Thursday.

Ukraine cannot join NATO because the majority of the population oppose it, Ukrainian President Viktor Yanukovych said on Thursday.

"[NATO membership] is currently impossible for our country because the criteria for joining say we need the support of a majority of the Ukrainian population," UNIAN news agency quoted Yanukovych as saying.

He said, however, that Ukraine is committed to continue developing its close partnership with NATO.

According to opinion polls, over 50% of Ukrainians are against NATO membership, and 30% are in favor of joining.

Yanukovych, who entered office in February, has made it clear he intends to drop his predecessor's plans to seek NATO membership. It has been suggested that this is another move to appease Russia, which strictly opposed Ukraine's attempts at NATO membership; however Yanukovych has indicated that he will try to maintain good ties with both Moscow and the West.