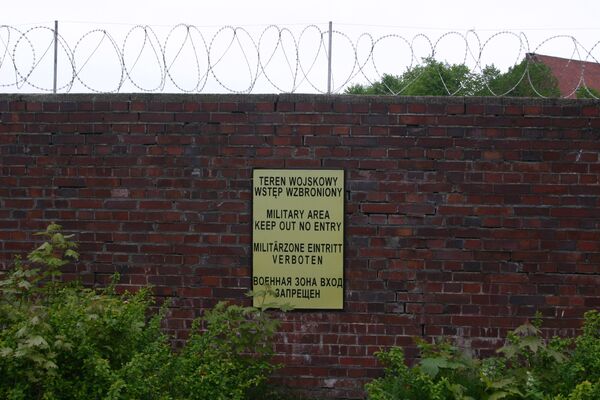 Moscow expects an explanation on the deployment of U.S. Patriot missiles near the Polish-Russian border, Russian Foreign Minister Sergei Lavrov said on Thursday.

"We have, so far, been told only one thing: do not worry, this is not aimed against you," Lavrov told journalists in Moscow.

"We have already heard this in the past and we consider that the new nature of relations between Washington and Warsaw allows us to expect more detailed explanations on what is happening," he added.

The statement came after the United States opened a temporary military base near the northern Polish town of Morag, 80 km (50 miles) from the Russian border under the Supplemental Status of Forces Agreement (SOFA) signed in December 2009.

"We do not understand completely what the need is in taking steps of a military-technical nature to create some military facilities, an infrastructure in close proximity to Russian borders," Lavrov said. "These are the questions that we ask our Polish colleagues and U.S. partners."

He said the deployment of U.S. missiles would also strengthen the "strategic nature of relations between the United States and Poland."

Relations between Moscow and Washington have improved significantly since Barack Obama took over as U.S. president, with the signing of a new arms cuts treaty by the two country's presidents in April being a major step in Russian-U.S. rapprochement.

In September 2009, Obama postponed plans by the Bush administration to deploy missile-defense elements in Poland and the Czech Republic due to a reassessment of the threat from Iran. Russia has fiercely opposed the plans as a threat to its national security.

Russian-Polish ties, hampered by a range of historical disputes, have also improved in recent months, at a large extent due to Russia's deep concern over the death of Polish President Lech Kaczynski in a plane accident near the western Russian city of Smolensk.

However, a senior member of the Russian parliament, Konstantin Kosachyov, has said that it was naive to believe that the improvement in Russian-Polish relations would automatically remove any questions between the two countries.