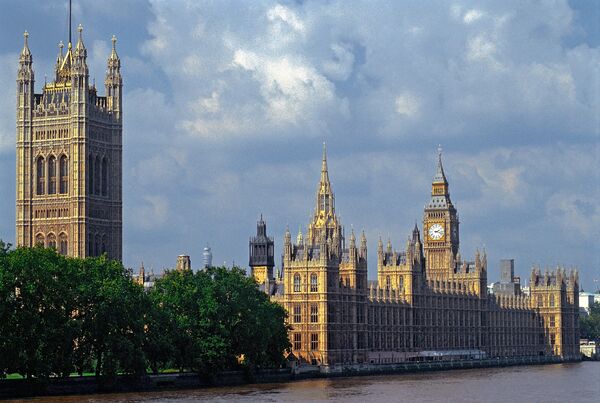 The new British government is set to take a "major effort" to improve relations with Russia and calls on Moscow to do the same, Foreign Secretary William Hague said on Wednesday.

"It is not in the interest of Britain or of Russia to be in the state of permanent confrontation," Hague said addressing the newly elected members of Parliament in the House of Commons.

"A sustainable improvement in our relations requires major effort on both sides," Hague said. "On Britain's part the door is open to an improved relationship and we hope the invitation will be taken up."

Hague said that he was not going to criticize the position of Britain's previous government concerning relations with Russia, adding "they have always had our full support."

Relations between Russia and Britain have been soured by a range of disputes, including the controversial death of former KGB officer Alexander Litvinenko in London in 2006, Russia's pressure on the British Council and Britain's criticism of Moscow following the Russian-Georgian military conflict in August 2008.

Litvinenko, who had received a political refuge in Britain, died in a London hospital in November 2006. In 2007, Britain accused Russian citizen Andrei Lugovoi of poisoning Litvinenko with radioactive polonium and requested Moscow to extradite him for prosecution.

Russia has refused to meet the request, while reiterating its demand that Britain extradite London-based Russian tycoon Boris Berezovsky, wanted in Russia on charges of fraud and plotting a coup.

In January 2008, activities of the British Council, the British government's cultural arm, were suspended in Russia over alleged legal status irregularities and tax arrears, which have further hampered ties between Moscow and London.

Britain has also frozen negotiations with Russia over the easing of visa requirements for Russian citizens.

Earlier in May, Russian presidential aide Sergei Prikhodko expressed hope that relations between the two countries would improve after the new Conservative-Liberal Democrat coalition government came to power.

The Conservatives formed a coalition with the Liberal Democrats, led by Nick Clegg, earlier in May.