More than 2,000 Belarusian soldiers to participate in CSTO's military contingent 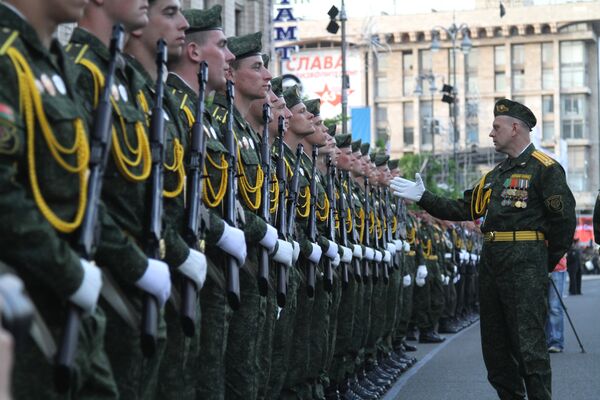 The Belarusian parliament finally ratified earlier on Wednesday an agreement on the creation of the rapid reaction force as part of the Collective Security Treaty Organization (CSTO). The CSTO is seen as Moscow's bid to counterbalance NATO.

"About 2,000 people will be allocated from [Belarus's] armed forces, about 80 from the Interior Ministry, some 30 from the Emergencies Ministry, and about 30 from the KGB," Zhadobin said, adding that officers from KGB's special anti-terrorism units will be involved in the CSTO's military force.

The decision on the participation of Belarusian troops in CSTO operations is to be made by the Belarusian president in each specific case, the defense minister said.

In line with the CSTO agreement, all soldiers involved in the rapid reaction force participate in its operations on a voluntary basis. Conscript soldiers are banned from participating in military and peacekeeping operations abroad.

Six of the seven members signed the agreement on the creation of the rapid reaction force in February 2009. Belarus initially refrained from signing the deal because of a trade dispute with Russia, but joined it later last year.

Uzbekistan has so far refused to join the force, saying it opposes a stronger Russian role in Central Asia. Uzbekistan is also at odds with its regional neighbor Kyrgyzstan, which hosts a Russian air