Russia to test new model of Kalashnikov assault rifle in 2011 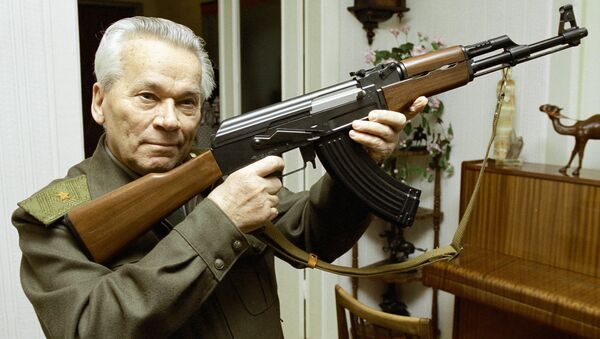 State tests of the new model of Kalashnikov automatic rifles will be held in Russia next year, Izhmash Director General Vladimir Grodetsky said on Tuesday.

The AK-74, a developed version of the Kalashnikov rifle's first model, the AK-47, was introduced in 1974 and used by the Soviet forces during the Afghanistan conflict.

The AK-47 was originally created by Mikhail Kalashnikov, who as a WWII soldier was inspired to design the weapon after being wounded in 1941. While his first attempts were unsuccessful, he was given a position in weapons development, and by 1947 he had perfected his masterpiece.

Since then, the AK-47 has become the most widespread and famous assault rifle. Used by some 50 armies around the world, as well as countless urban guerrilla movements, it is also featured on the flag of Mozambique.

Russian President Dmitry Medvedev described the AK-47 at the ceremony as "an excellent model of Russian weaponry" and "a national brand that makes each citizen proud."