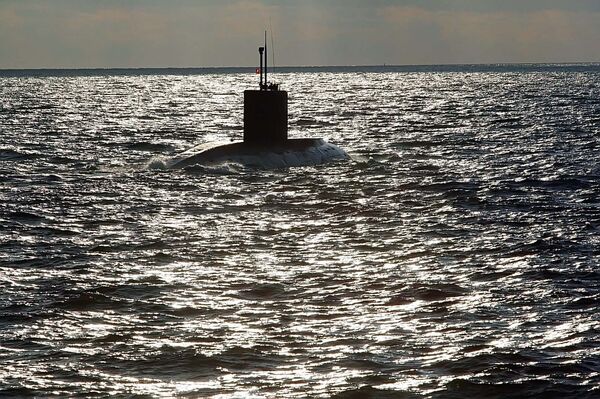 © RIA Novosti . Igor Chuprin
/
Go to the photo bank
Subscribe
The United States and South Korea will hold joint military drills to practice the interception of submarines "in the near future," Pentagon spokesman Bryan Whitman said on Monday.

The United States and South Korea will hold joint military drills to practice the interception of submarines "in the near future," Pentagon spokesman Bryan Whitman said on Monday.

Tensions between the two Koreas, which are technically at war as the 1950-1953 conflict ended with an armistice, have risen following the March 26 incident in the Yellow Sea, when South Korea's 1,200-ton Cheonan corvette sank near the disputed Northern Limit Line after a sudden explosion.

South Korea has accused the North of sinking the ship, which resulted in the deaths of 46 sailors. An international investigation concluded last week that the ship was destroyed by a torpedo launched from a North Korean submarine.

Whitman told reporters in Washington the planned military exercises "are a result of the findings of this recent incident."

The international community has condemned Pyongyang for attacking the South Korean warship. The North has denied the allegations.

The United States has said Pyongyang should face consequences and expressed its "unequivocal" support to South Korea.

North Korea has called the results of the investigation into the Yellow Sea accident "a fabrication," and warned Seoul of a stern response if the South retaliated with new sanctions against Pyongyang.

Whitman said there would be no changes in a U.S. plan stipulating the transmission of military command to South Korea in 2012.

The United States has 28,000 troops on the peninsula to provide military support. In line with an agreement reached after the end of the 1950s inter-Korean war, South Korean soldiers should follow U.S. military orders in case of war on the Korean Peninsula.