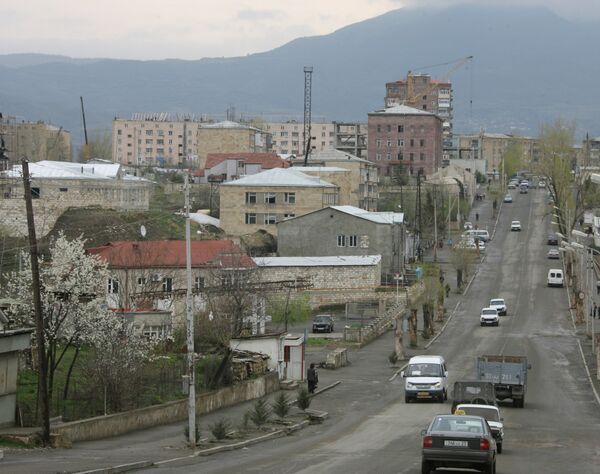 © RIA Novosti . Ilya Pitalev
/
Go to the photo bank
Subscribe
Recent parliamentary polls in Nagorny Karabakh were an unsuccessful attempt by Armenia to conceal its occupation of the breakaway Azerbaijani region, the Azerbaijani Foreign Ministry said on Monday.

Recent parliamentary polls in Nagorny Karabakh were an unsuccessful attempt by Armenia to conceal its occupation of the breakaway Azerbaijani region, the Azerbaijani Foreign Ministry said on Monday.

The predominantly ethnic Armenian region, which has been a bone of contention between the former Soviet republics of Armenia and Azerbaijan since the late 1980s, elected its 33-seat parliament on Sunday.

"Yet another attempt by the Armenian Republic to conceal its annexationist policy and occupation of Azerbaijan's territories has ended in inevitable failure. Through its actions, the Armenian side is deceiving nobody but its own people," the ministry said in a statement.

The statement added that Baku shared the concerns of its international partners, that the parliamentary elections in the breakaway region may have a negative impact on Armenian-Azerbaijani peace efforts.

The foreign ministry statement said the conflict in and around Nagorny Karabakh can only be resolved on the basis of principles that respect Azerbaijan's territorial integrity, sovereignty and the inviolability of internationally accepted borders, as well as peaceful cohabitation of Armenian and Azerbaijani communities in the Nagorny Karabakh region.

"Azerbaijan once again calls on Armenia to halt its destructive policy and hold talks on the basis of goodwill in order to find a quick and stable solution to the conflict," the statement said.

The conflict has been mediated by the OSCE Minsk Group that comprises the United States, Russia and France.