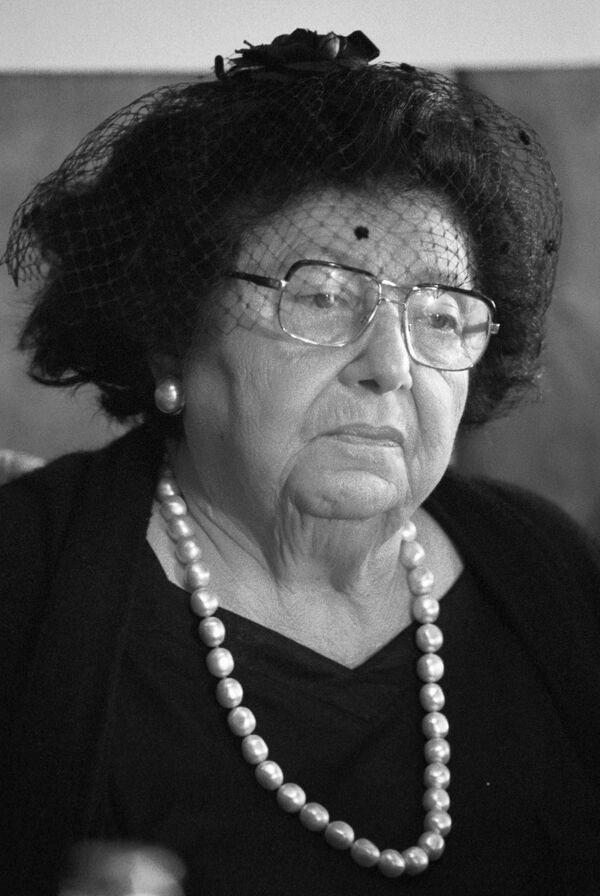 © RIA Novosti . Oleg Lastochkin
/
Go to the photo bank
Subscribe
The Moscow Patriarchate expressed its condolences on Monday over the death of Grand Duchess of Russia Leonida Georgievna Romanov.

MOSCOW, May 24 (RIA Novosti) - The Moscow Patriarchate expressed its condolences on Monday over the death of Grand Duchess of Russia Leonida Georgievna Romanov.

"Grand Duchess Leonida Georgievna, who had lived a very dramatic, complicated and long life, never forgot Russia," archpriest Vsevolod Chaplin, who is in charge of the Russian Orthodox Church's relations with society, said.

The de-jure empress, the eldest representative of the Romanov family, died late on Sunday at the age of 95 in Madrid.

"Yesterday, the senior priest of the Russian Orthodox Church Moscow Patriarchate in Madrid, Father Andrei Korodchkin, visited her and administered the Holy Mysteries. Towards evening, there was deterioration [in her health], and the monarchess was taken to hospital," spokesman for the Romanov house Alexander Zakatov said.

He said Leonida Georgievna's daughter and Head of the Romanov Dynasty Grand Duchess Maria Vladimirovna, remained by her mother's side until the end.

Leonida Georgievna was the last representative of the Romanov Imperial House born before the Russian Revolution in 1914. She was descended from the House of Mukhrani, a collateral branch of the Bagrationi dynasty. Her family ruled ancient Georgia and Armenia from the early Middle Ages until the beginning of the 16th century.

Leonida Georgievna left the Soviet Union in 1931, with the help of Russian writer Maxim Gorky.

She married Sumner Moore Kirby in 1934, and gave birth to her first daughter Helen. After divorcing Kirby, the princess married Grand Duke Vladimir Cyrillovich Romanov, who claimed to be the Russian Emperor from 1938 to his death.

Grand Duchess Maria Vladimirovna is the daughter of Grand Duke Vladimir and has styled herself as the heir to the Russian imperial throne since her father died in 1992.

Zakatov said Leonida Georgievna would be buried in Russia near Duke Vladimir, in St. Petersburg's Peter and Paul Cathedral. The date of the burial has not yet been set.

Chaplin said the decision to bury the late grand duchess in the Peter and Paul Fortress, where many other members of the Romanov family are buried, was "natural and right."

Russia's last tsar, Nicholas II, his wife, their four daughters and son, and several servants, were shot dead by the Bolsheviks in a basement in the Urals city of Yekaterinburg in the early hours of July 17, 1918.

The murdered Romanovs were canonized in 2000.