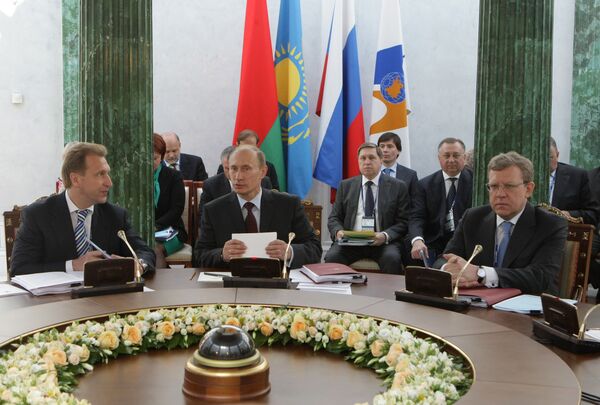 "We are interested in strengthening the organization, achieving its constructive potential, expanding partnership in all spheres. This is the logic of the Russian chairmanship of the CIS," Putin said at a meeting of the heads of the CIS countries' governments in St. Petersburg.

The CIS, which was formed on the breakup of the Soviet Union, has traditionally been a very loose association involving most of the former Soviet states, some of which have been wary of Russia's influence growing too strong.

"In 2009, a common package of anti-crisis measures was implemented," he said. "I am sure that in the future it will be necessary to closely coordinate our actions, using all the mechanisms of integration institutions."

More than 20 documents were signed during Friday's gathering, including an agreement on cooperation in creating an intergovernmental network of marketing centers for promoting goods and services on the national markets.