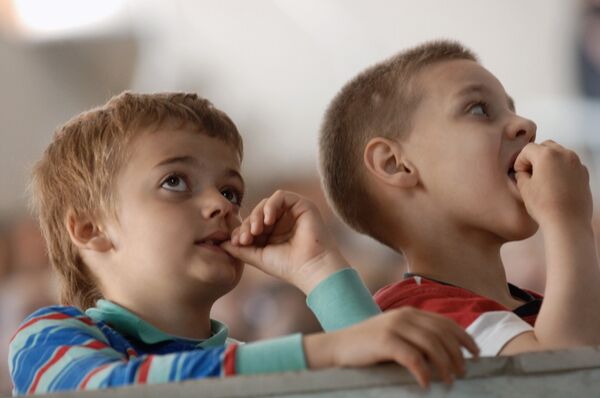 Russia will formally end adoptions of Russian children by foreigners if the U.S. shelves a bilateral child adoption agreement, a Russian child ombudsman has said.

Russia will formally end adoptions of Russian children by foreigners if the U.S. shelves a bilateral child adoption agreement, a Russian child ombudsman has said.

"If the American side delays a decision to sign the [adoption] treaty, then we will probably raise the issue of ending international adoptions," Children's Rights Commissioner Pavel Astakhov said on Thursday.

Two rounds of Russian-U.S. talks on the inter-governmental adoption agreement were held on April 29 and May 12-14.

The Russian ombudsman said the sides came to an agreement on all principal issues and the new treaty may be signed within a month. The third round of talks, to draft the final version of the deal, is expected in mid-June.

"The timeframe has been set up, if we fail [to prepare and sign] the treaty in two months, then we will consider harsh measures," he said.

Astakhov said that Russia has de facto stopped international adoptions, as all foreign adoption cases have been put on hold in the country's courts.

"Our intentions are very simple - to put everything into the legal framework. Either [there will be] adoptions according to an international treaty, or there will be no adoptions at all," he said.

The issue of international adoptions again came to focus this spring as a 7-year-old boy was put on a plane alone to Moscow by his U.S. adoptive mother, who claimed he was "psychopathic."

The controversy has also drawn attention to Russia's woeful record on child welfare. Astakhov said that some 2,000 children were killed by adults last year in Russia.

"Last year 2,000 children were killed by adults, the same number died in car accidents. There are 700,000 of children in Russian orphanages, and 4,000 were adopted by foreigners [last year]. I tasked myself with changing this situation," he said.