Next round of Russian-U.S. adoption talks set for June 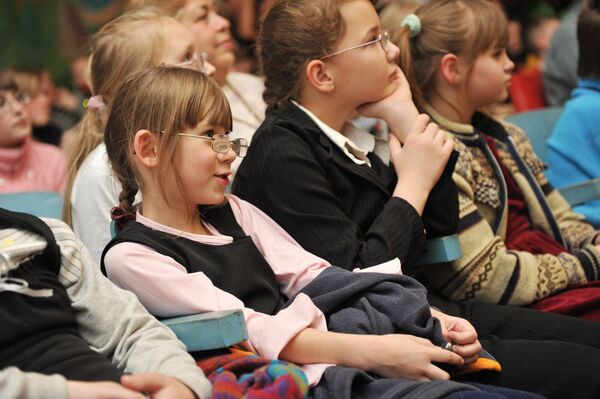 The next round of Russian-U.S. talks on adoption issues will be held in Washington in the first half of June, Russian Foreign Ministry official representative Andrei Nesterenko said on Thursday.

The next round of Russian-U.S. talks on adoption issues will be held in Washington in the first half of June, Russian Foreign Ministry official representative Andrei Nesterenko said on Thursday.

"We think that the dialogue on child adoption issues is moving in a constructive way," Nesterenko said.

Two rounds of talks, on April 29 and May 12-14, have already been held and a joint working group of experts has been created.

Nesterenko said that both Washington and Russia recognize the need to change the existing order of the adoption of Russian children by U.S. families.

In a recent incident, a 7-year-old boy was put on a plane alone to Moscow by his U.S. adoptive mother, who claimed he was "psychopathic."

Fifteen children have died at the hands of their adoptive parents in the U.S. since the collapse of the Soviet Union, and the issue has seen repeated calls for a ban on foreign adoptions of Russian children. Foreign Minister Sergei Lavrov has said Russia could freeze child adoptions by U.S. citizens until the countries sign a formal agreement regulating them.

The controversy has also drawn attention to Russia's woeful record on child welfare. Children's Rights Commissioner Pavel Astakhov said yesterday that some 2,000 children are killed by adults every year in Russia.