Iconic Soviet limo on course for return to governmental service 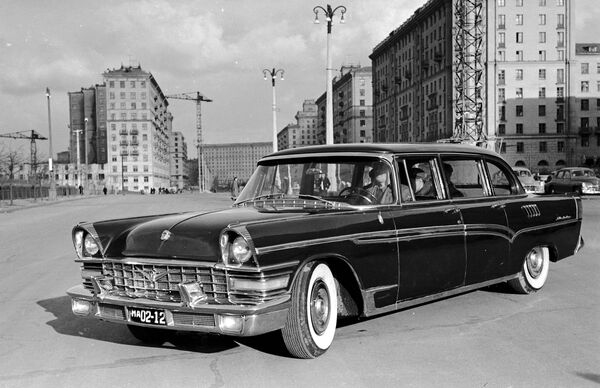 Russian officials may soon be swapping their Mercedes for retro Soviet rides if a deal is agreed with ZiL car company to resume production of executive cars at its Moscow-based plant.

Russian officials may soon be swapping their Mercedes for retro Soviet rides if a deal is agreed with ZiL car company to resume production of executive cars at its Moscow-based plant.

"I can't reveal any details, but ZiL is always ready for work," a spokesman for the carmaker said.

The ZiL limousine became a symbol of the Soviet nomenklatura as senior members of the Communist Party traveled throughout the Soviet Union in the cars. Since the fall of communism, government officials have increasingly turned to more reliable - and comfortable - foreign models to get them from A to B.

Spokesman for the Moscow city department of science and industry Vladimir Mironenko told RIA Novosti on Tuesday the new ZiL government limousines would maintain their traditional Soviet design but be powered by modern technology.

"In outward appearance, the ZiL looks exactly the same as before, with a long, rigid frame and an angular appearance. It looks the same as the model we have been used to seeing for many years. The design has basically been preserved. The only thing that will change is the interior," Mironenko said.

He said the facilities are all in place for production to start immediately, adding that designing new models and resuming production depends of levels of investment and who will finance the project.

"ZiL has preserved its technical production facilities, its capacity and its specialists. Everything is ready. If we receive an order, it will be fulfilled in the shortest possible time," Mironenko said.

The head of the Russian Presidential Property Management Department, Vladimir Kozhin, said on Monday on Ekho Moskvy radio that the government was looking into the question of cooperation with the ZiL factory, but said that other Russian car makers are also being considered.

The Russian government has made a number of efforts since the financial crisis to revive its ailing car industry by implementing a series of measures, including a car scraping program.