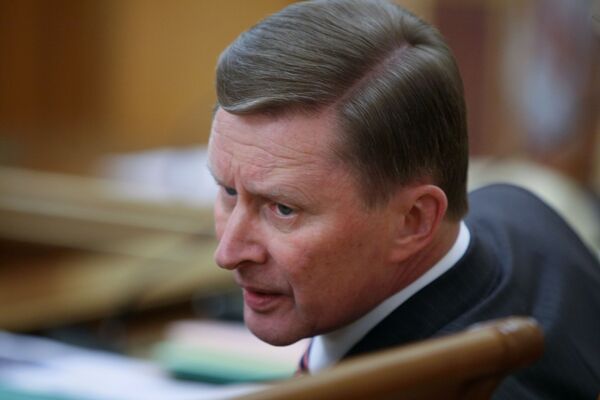 Russia and the United States may soon reach an agreement on the joint development of new engines for spacecraft designed for exploration of deep space, a Russian deputy prime minister said

Russia and the United States may soon reach an agreement on the joint development of new engines for spacecraft designed for exploration of deep space, a Russian deputy prime minister said.

Sergei Ivanov said on Monday during a U.S. visit that future exploration of outer space will require nuclear-powered engines for carrier rockets and spacecraft, and work on these costly development projects should start as soon as possible.

"A decision [on Russian-U.S. cooperation in this area] may be adopted soon, probably during the upcoming visit of Russian President Dmitry Medvedev to the United States," Ivanov told reporters in Washington.

U.S. President Barack Obama wants to cut NASA's development of a new carrier rocket and turn launches of astronauts over to private companies. His plans have been criticized for leaving the United States overly reliant on Russia for missions to the International Space Station (ISS) after the Space Shuttle fleet is retired later this year.

Ivanov said Moscow and Washington had been effectively cooperating in the sphere of space exploration but with the expiration of the service life of the ISS in 2020 both countries should have new space projects to apply their joint efforts.

The Russian government allocated 500 million rubles ($16.7 million) in 2010 to start a project to build a spacecraft with a nuclear engine. NASA started a program to develop a nuclear propulsion system in 2003, and spent several hundred million dollars on the project before cutting it back.

The head of the Russian Federal Space Agency Roscosmos said in January that the draft design of spacecraft powered by a nuclear engine would be finalized by 2012, and the financing for further development in the next nine years would require an investment of at least 17 billion rubles (over $580 million).

Anatoly Perminov said nuclear engines for spaceships were a very promising area and should be created to make flights to Mars and other planets. Solar power is used for missions to the inner planets, but at distances beyond Earth's orbit the sun's energy is too weak to be used as a power source.