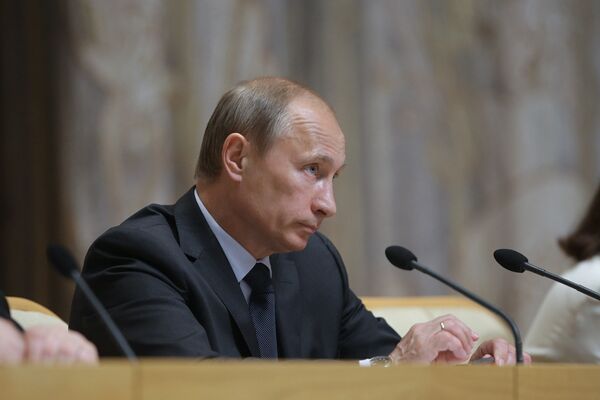 The statement came during a meeting to analyze the causes of two methane mine blasts in the Raspadskaya mine near the town of Mezhdurechensk during the night of May 8-9 that led to the deaths of 66 miners. Twenty-four people still remain unaccounted for following the tragedy.

During a video linkup with the city of Novokuznetsk in the Kuzbas region, where the Raspadskaya mine is located, Putin said the Russian government will directly supervise Rostekhnadzor's activities.

"Rostekhnadzor itself should be strengthened. A special mining supervision authority will be created inside it," the prime minister said.

The industrial safety regulator used to be directly supervised by the government, but control was handed down to the Russian Environment Ministry.

Putin's press secretary Dmitry Peskov said the decision to put Rostekhnadzor back under government control was in no way a reaction to poor performance by the Environment Ministry, but a result of a significant extension of Rostekhnadzor's powers.

Putin also proposed that Rostekhnadzor officials are given the right to temporarily suspend the management of mines for severe violations of work safety rules until court decisions over their cases are taken.

Raspadskaya officials have become the targets of fierce criticism over the accident. Miners and their families protested in Mezhdurechensk last week against low wages and lax enforcement of safety regulations.

The prime minister said Rostekhnadzor would also have the right to temporarily close a mine if the level of air pollution inside it reaches the critical level of 2%.

Miners should receive up to 70% increase on salaries

The prime minister said miners' salaries should be increased by up to 70%.

"This will increase the safety of miners working underground and minimize the motivation of the miners to strive for greater extraction at any cost, ignoring the security and risking their lives," he said.

Putin also said all miners should continue being paid when there is little or no mining work to do.

"All miners should receive average salaries during lulls," he said, adding "the state will do everything necessary to fulfill these tasks."

The prime minister said he hoped that big business will help the government establish an effective security control system at industrial facilities.

"The Energy Ministry and Rostekhnadzor should increase, or even tighten standards of technological equipment which assures working safety in the mines," he said.

The prime minister said the number of accidents and deaths at industrial facilities across the country remained high despite large budget funds allocated for improving workers' safety.

"We can see there has been significant improvement in certain years, but in general, the number of accidents resulting in death has hardly decreased. What is going wrong?... Where is all the money going?" Putin asked.

The prime minister also called for harsher punishments for those caught violating safety rules and said relevant amendments should be introduced in the Russian administrative and criminal laws.